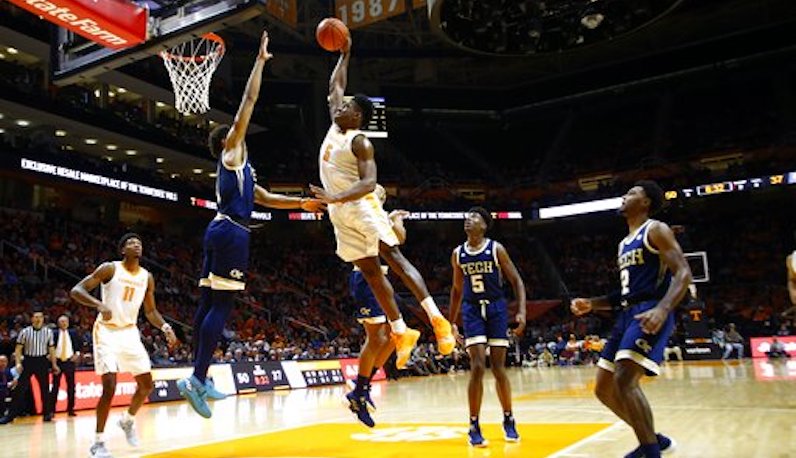 Georgia Tech basketball received some good news on Tuesday this week. As Tech get ready to play No. 5 Tennessee on the road, the Yellow Jackets received word that Texas transfer James Banks was eligible and cleared to play. The NCAA approved his eligibility.

After two seasons at Texas — 76 points in 46 games — Banks decided to transfer to Georgia Tech. He has two remaining seasons of eligibility. If not for the waiver, though, Banks would’ve been forced to redshirt this season.

In his first game of the season, the 6-foot-8 Banks came off the bench and put up some good numbers in limited minutes. At Tennessee, Banks scored five points and grabbed seven rebounds (two offensive) in 16 minutes of action.

Georgia Tech is back in action later this week; on Friday, Josh Pasnter’s club will host East Carolina.