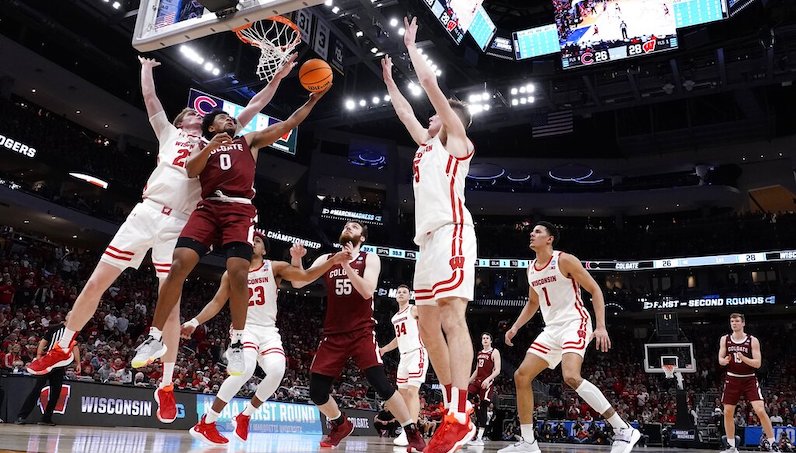 Colgate’s 2021-22 season ended just four days ago — when Johnny Davis caught fire and led Wisconsin to a first round NCAA Tournament victory over the Raiders. In that brief span of time, though, veteran Colgate point guard Nelly Cummings has become a coveted name in the transfer portal.

According to ESPN’s Jeff Borzello, the 6-foot guard has been in contact with a number of programs, including several from the ACC: Georgia Tech, Pittsburgh, Clemson and NC State.

It’s clear: these four programs will be very active in the transfer portal in 2022. There’s too much roster churn to not be proactive in this regard.

Cummings also played well in a 15-point victory at Syracuse — 18 points, 6 3-pointers — and the postseason loss to Wisconsin (20 points and 6 assists).

Cummings started his college career at Bowling Green in 2017; however, following the 2017-18 season, he transferred to Colgate. During his time at Colgate, Cummings appeared in 79 games (78 starts); he averaged 12.7 points, 2.4 assists and 2.6 rebounds per game.

He’s an excellent shooter, too. While at Colgate, Cummings shot 36.9 percent on 3-point attempts and 81.3 percent at the foul line.

In total, Cummings has played in 109 college games and has 1,112 points to his name.