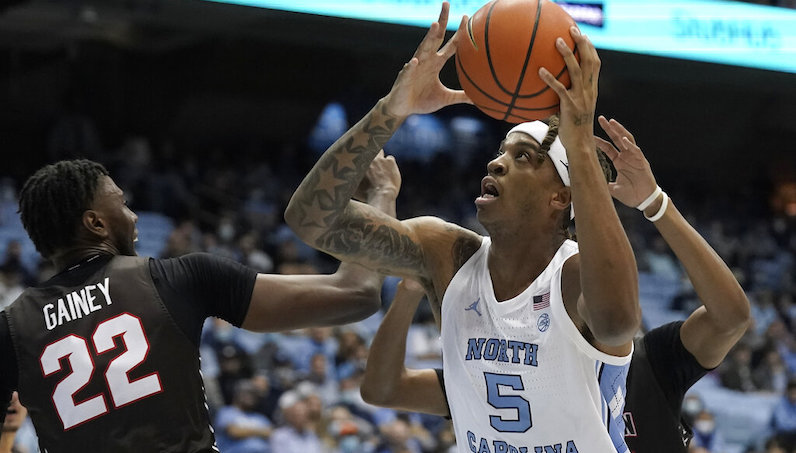 Jaylan Gainey, one of the most prolific shot-blockers in the country, is one the move this offseason. After three seasons with Brown, Gainey is in the NCAA transfer portal.

According to Pro Insight scouring director Andrew Slater, Gainey has heard from an extensive number of programs. Several ACC teams on are the list, too: Duke, Pittsburgh, Georgia Tech, Florida State, NC State, Boston College, Virginia and Virginia Tech. That’s over half of the teams in the league.

Gainey has twice been named the Ivy League’s Defensive Player of the Year. He’s from North Carolina, too. Gainey hails from Greensboro — the heart of the ACC footprint.

The 6-foot-9 Gainey appeared in 65 games while at Brown, including 42 starts. Gainey blocked 124 shots in those 65 games.

During the 2021-22 season, Gainey averaged 9.3 points and 6.5 rebounds per game — both career-bests. He shot 70.3 percent from the floor, while leading Brown with 50 dunks. Gainey shot 69.9 percent from the field over the first three seasons of his career.

Over his final two seasons with Brown, Gainey recorded 86 dunks in 51 games.

Gainey’s defense, though, is what really sets him apart as a transfer target. Back in the 2019-20 season, Gainey finished 11th nationally with a block rate of 12.3 percent.

Due to the COVID-19 pandemic, the Ivy League didn’t play the 2020-21 season. When Gainey returned, though, he picked up where he left off. Gainey finished inside the top 25 nationally with a 10.7 percent block rate. When Brown almost upset UNC back in November, he blocked two shots, too.