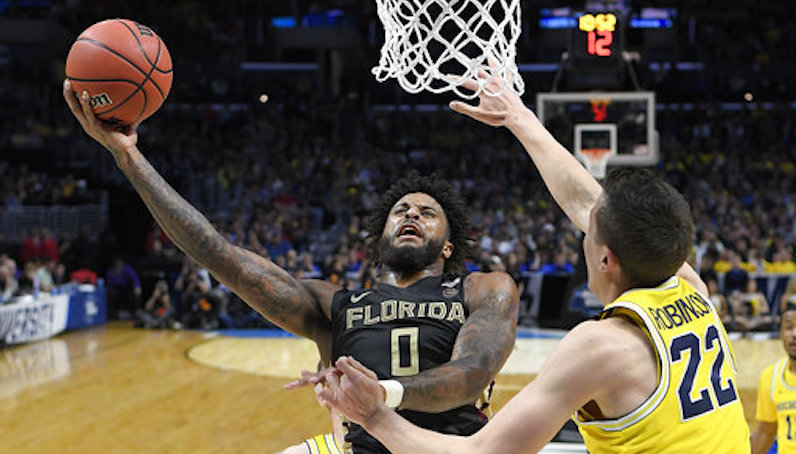 Florida State basketball received some excellent news this week. On Wednesday, veteran power forward Phil Cofer returned to practice. According to head coach Leonard Hamilton, Cofer will suit up on Saturday against UConn and could also play in the game.

Florida State's Phil Cofer (foot) returned practice yesterday and will be in uniform Saturday against UConn, per Leonard Hamilton. Still no guarantee he plays on Saturday, but will be available.

FSU is already off to a roaring start — 7-1 with wins over Florida, LSU and Purdue. The Seminoles, No. 16 in KenPom, rank inside the top 25 nationally in both adjusted offensive and defensive efficiency. Cofer, a solid two-way player, should help on both ends of the floor.

After attempting just 32 three-pointers in his first three seasons in Tallahassee, Cofer launched 128 in 2017-18, making 48 (37.5 3P%). He can score at multiple levels, too; Cofer also shot 55.3 percent from inside the arc, including 54.2 percent on post-ups and 56.8 percent on other attempts at the basket, per Synergy Sports.

Whenever Cofer does in fact return to the rotation, he should help spread the floor further for FSU. This squad features two of the best slashers in the ACC — Trent Forrest and Terance Mann. If defenders have to shade an extra half-step out to the arc due to Cofer’s gravity, that could crack alleys to the rim even further for Forrest — an excellent slash-and-kick player (58.7 2P%, 23 percent assist rate).

Florida State and UConn are set to tip-off around 6:30 p.m. this Saturday in New Jersey.

Beyond the Boxscore: FSU displays offensive versatility vs. Florida