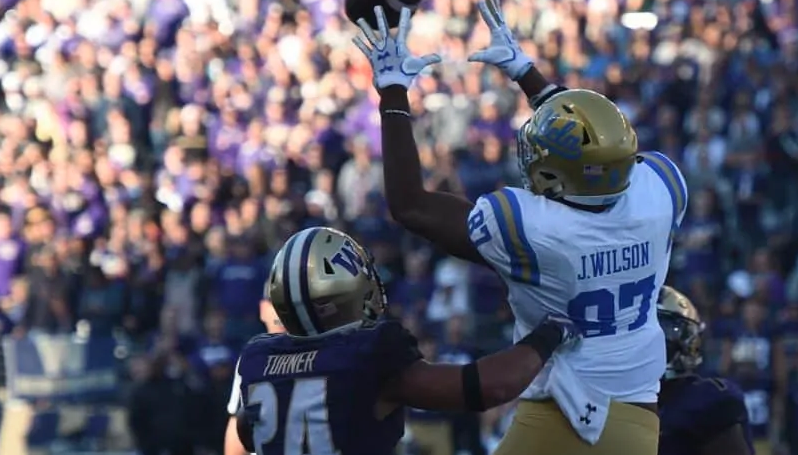 I’ll never question why God put me on the path that he did and I’m forever grateful for the doors he opened along the way. #Committed #OneTribe 🍢 pic.twitter.com/AYYoSj5jfn

During his three seasons with UCLA, Wilson caught 25 passes for 244 yards (9.8 yards per catch) and two touchdowns. Wilson appeared in 34 games during his career with the Bruins; he’s eligible immediately next season as a graduate transfer.

Wilson can work as a threat in the middle of the field, which should open loosen things up for Tamorrion Terry on the perimeter. As a junior this season, Wilson caught seven passes for 72 yards.

Outside of the Power Five, Florida State landed graduate transfer Meiko Dotson from FAU. Dotson led the FBS in 2019 with nine interceptions.