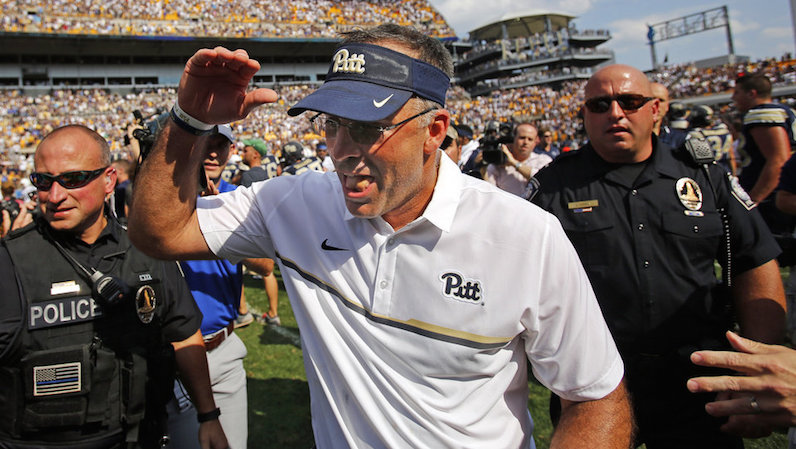 Pitt was particularly ineffective defending the pass, ranking 127th nationally — ahead of only Arizona State – with an average of 333.2 passing yards allowed per game.

If Pitt can finish 8-5 and challenge for a spot in the ACC Championship Game with the worst defense in the league, the Panthers could reign supreme in the Coastal Division with improvement in the secondary.

In the Pat Narduzzi era, Pitt has done some solid recruiting at safety and cornerback. And despite last season’s defensive meltdown, the talent is in place heading into 2017 to make those necessary improvements.

Jordan Whitehead was the first elite signee for the Panthers in the Narduzzi era. But redshirt sophomores Jay Stocker, a free safety, and Dane Jackson, a cornerback, are both in position to challenge for starting jobs in training camp. Stocker and Jackson were each part of that same 2015 class that produced Whitehead, a bona fide All-ACC candidate at strong safety.

In the 2016 class, Pitt added Damar Hamlin, a consensus 4-star cornerback out of Pittsburgh’s Central Catholic High School. This past recruiting cycle, the Panthers added Paris Ford, a local 4-star out of Pittsburgh’s Steel Valley High School. In Hamlin and Ford, Pitt signed the top two defensive back prospects in the state of Pennsylvania back-to-back.

Cornerback Avonte Maddox is the only projected starter that will exhaust his eligibility after the upcoming season. But the Panthers must prepare for the possibility that Whitehead will head to the NFL after his junior season, opening another hole at safety.

Ford will have a chance to emerge as Whitehead’s heir apparent. If Stocker has a letup on the other side, Ford could even settle into a starting role by season’s end. Hamlin will battle it out this summer with Dane Jackson for the starting job.

The Panthers have just one prospect committed in the secondary thus far in the 2018 class — Hyattsville, Maryland cornerback Judson Tallandier. But they have a robust list of targets, including in-state safety Kwantel Raines of Aliqupppa. In all, Pitt has approximately 25 outstanding offers to uncommitted 2018 defensive backs, including over a dozen from Florida.