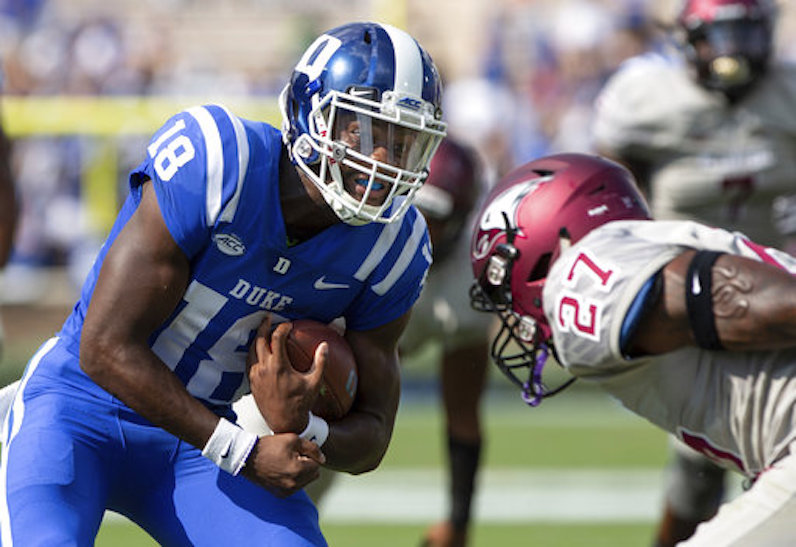 The AP Top 25 poll for Week 4 of the 2018 college football season is out. A week after four ACC teams landed in the top 25, three squads land in the poll this week. There’s some shuffling of the chairs, too. Here’s a look.

Saturday was no fun for Virginia Tech and Boston College. The Hokies fell on the road upset fashion, too. A 49-35 loss to Old Dominion drops VT from No. 13 to unranked — wow. In West Lafayette, BC sputtered offensively, got hosed (probably) by the refs and lost to Purdue; following the loss — after landing in the poll for the first time since 2008 — BC quickly dropped from the AP Top 25. The Eagles received zero votes this week.

ACC Teams that received votes in the AP Top 25 poll: