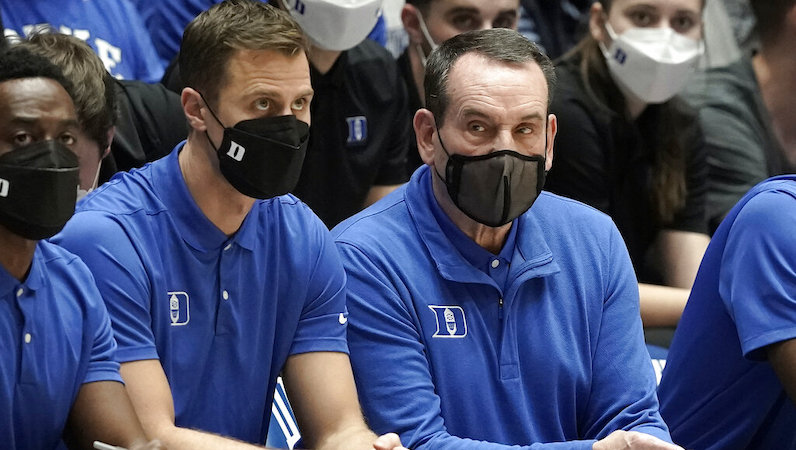 Sean Stewart, one of the top forwards in the 2023 recruiting class, is set to announce his college decision today, Dec. 23. For Stewart, all signs point to Duke.

The 6-foot-8, 210-pound Stewart, who plays his prep ball for Windermere (Fla.) HS, ranks as a top-25 prospect in the 2023 class. Stewart has offers from several high-profile programs, including Michigan, Ohio State, Georgetown and Alabama.

Duke, however, offered back on Nov. 5, when Stewart was in Durham for an official visit, and is the favorite to land Stewart.

4⭐️ Sean Stewart is announcing his commitment tomorrow with @TiptonEdits at 4:15.

Duke is considered the favorite.

Currently, Duke already has one 5-star commit in the 2023 class: point guard Caleb Foster. Of course, Foster may reclassify to the 2022 group.

No matter how it’s split, this is an impressive first year recruiting for Jon Scheyer; Duke has the No. 1 2022 class, including commits/signatures from four of the top 15 prospects.

Last week, Duke also added a commitment from 3-star 2022 center Christian Reeves. The plan is for Reeves to redshirt next season, though, which would put him joining the rotation with Stewart for the 2023-24 season, provided Stewart picks the Blue Devils.

AJ Griffin continues to come on for Duke