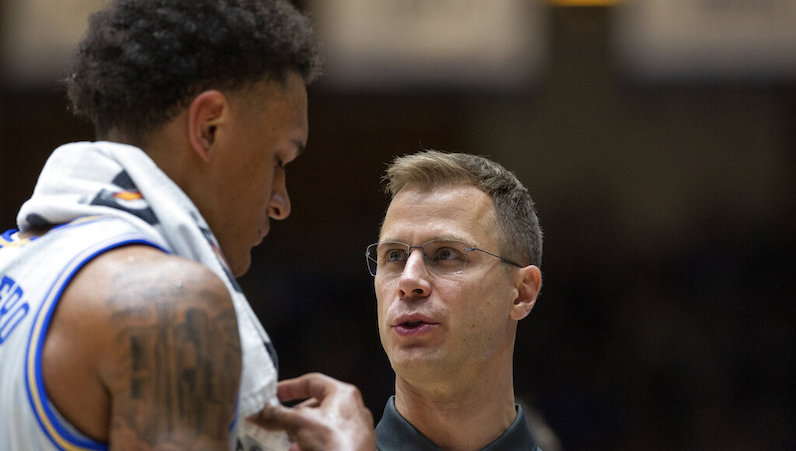 Mark Mitchell is headed to Durham as Duke basketball solidifies the No. 1 class in the 2022 recruiting cycle. This is a monster haul for Jon Scheyer as he transition to become Duke’s head coach.

Mitchell, a 5-star small forward, picked the Blue Devils over UCLA and Missouri. Duke was the favorite to land Mitchell.

247 Sports ranks the 6-foot-8 Mitchell, a versatile talent, as the No. 10 overall prospect in the 2022 class. With the addition of Mitchell, Duke’s 2022 recruiting class — ranked No. 1 nationally — features five players. Of those five, four are 5-star prospects, all ranked within the top 10 of the class.

Three of those 5-star recruits have already signed: Dariq Whitehead, center Kyle Filipowski and center Dereck Lively, the No. 1 overall prospect. The fifth player in the class is Jaden Schutt, a 4-star prospect from Illinois and one of the top shooters in the cycle.

Scheyer and the Blue Devils already had the No. 1 class for 2022, prior to Mitchell’s commitment; however, this development is a big deal. Mitchell is a big-time prospect — one that will significantly boost Duke’s overall talent level, while helping to fill in on a roster that’s set to turnover after the 2021-21 season.

Jim Nantz on WSJS: “As long as Duke is still alive, everything is going to be about the Blue Devils”