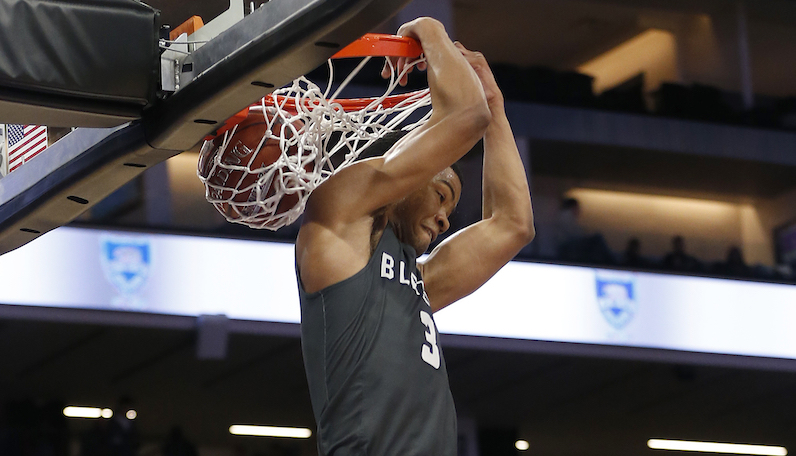 Once again, Duke Basketball lands the nation’s No. 1 recruiting class. At the end of last week, the Blue Devils grabbed a commitment from 5-star forward Matthew Hurt. And on Monday, 4-star shooting guard Cassius Stanley made it official, too.

Stanley is the second California commit in Duke’s 2019 class, too; he joins another 4-star guard, Boogie Ellis, in that distinction. The high-flying wing plays his prep basketball for Sierra Canyon in Chatsworth; if that name sounds familiar, well, it should. That’s the same school that helped produced another recent one-and-done sensation at Duke: 2018 ACC Player of the Year Marvin Bagley, who is coming off a strong rookie season with the Sacramento Kings.

One of the older and more physically-gifted players in the 2019 class, Stanley committed Duke over UCLA, USC, Oregon, Arizona and Kansas.

Even with the departures of Zion Williamson, RJ Barrett and Cam Reddish, Duke has reloaded — again — around the returning Tre Jones. That picture could also include Marques Bolden and Javin DeLaurier, too.

Stanley’s recruitment was led by Nate James and Chris Carrawell. He took an official visit to Durham two weekends ago.