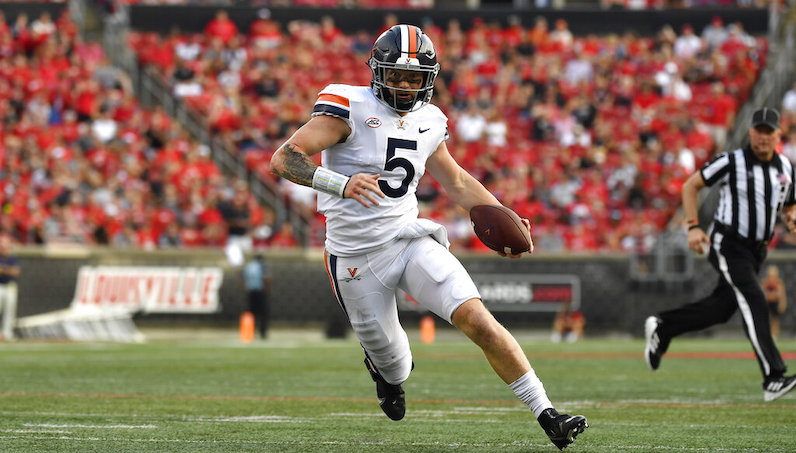 The three-point loss to Western Michigan is a bit of a head-scratcher; however, the rest of Pitt’s 2021 resume looks pretty darn good. The Panthers rank inside the top 15 nationally in both offensive and defensive efficiency, per ESPN. Kenny Pickett has been superb, too. We’ll know even more about this team following a road matchup with Virginia Tech this Saturday.

Wake Forest needed overtime and 330 passing yards from Sam Hartman to win on the road against Syracuse. Big-play wide receiver A.T. Perry was critical in helping the Demon Deacons improve the 6-0: three touchdown grabs at Syracuse, including the game-winner — in walk-off fashion.

The bye week came at a good time for NC State. The Pack control their destiny in the Atlantic Division, but that pathway starts this week in a tough matchup: at Boston College

Coming off a bye week, Clemson gets Syracuse on a short week for a Friday night matchup. Can the Tigers use this game to launch their passing attack ahead of a road date at Pitt in two weeks?

Boston College opens as a slight underdog at home this week vs. NC State. Similar to the Pack, the Eagles are also coming off an open weekend.

NC State opens as a 2 point favorite at Boston College

With about 90 seconds remaining in the third quarter, Virginia trailed 30-13 on the road at Louisville. However, led by quarterback Brennan Armstrong, UVA ripped off an incredible 34-33 comeback victory. Armstrong throw for 487 yards on 40-of-60 passing; he finished his performance with a 1-yard touchdown toss to tight end Grant Misch with 22 seconds left, which proved to be the game-winner.

The Hokies let a golden opportunity slip away in Blacksburg, as Notre Dame rallied late to beat Virginia Tech, 32-29.

Louisville has dropped two straight conference games by a combined four points. So, not great.

Georgia Tech’s roller coaster 2021 season (3-3) continued on Saturday in Durham. Trailing by three late in the fourth quarter at Duke, Jeff Sims hit Adonicas Sanders for a 37-yard touchdown pass, which proved to be the game-winner.

*clears throat* Is Florida State back???

On the real, have to give this team credit. After an 0-4 start, FSU has rallied with two straight ACC wins. Jordan Travis was awesome in Chapel Hill on Saturday, too.

UNC entered Saturday’s matchup with FSU as a big favorite, but exited with an embarrassing 10-point defeat to a sub-standard Florida State squad. Things are going great in Chapel Hill.

"My expectation is to win every game, so three times we've met it and three times we haven't," Mack says. "The national media expectation, the expectation for us to be a top-10 team, were wrong. So I guess we should all be critical of the media for picking us that high."

The 2021 season has largely been a massive disappointment for Miami, but the news of star quarterback D’Eriq King missing the rest of the season following shoulder surgery is a bummer. King is a great player; it’s an unfortunate conclusion to a prolific college career.

Syracuse nearly pulled off the upset at home vs. Wake Forest. This came just one week after another close call for the Orange at Florida State. Now, on a short week, Syracuse must get ready for Clemson.

Duke was this close to snagging its first ACC win of the season on Saturday; however, Georgia Tech had other plans. The Blue Devils are at Virginia on Saturday — then hit the bye week before taking on Wake Forest (Oct. 30).