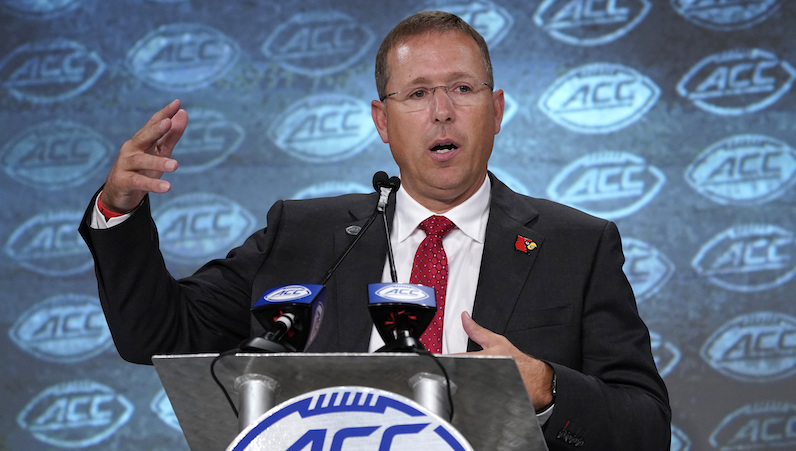 After six seasons of wild success at Appalachian State, including three seasons of 10+ wins, Scott Satterfield took the Louisville job last December. At the 2019 ACC Kickoff event, Satterfield joined The David Glenn Show to discuss adjusting to a new job/city, offseason reading items and being at the center of an ACC Network All-Access show.

Click to listen to the full interview with Scott Satterfield

Listen to more DG Show from the 2019 ACC Kickoff