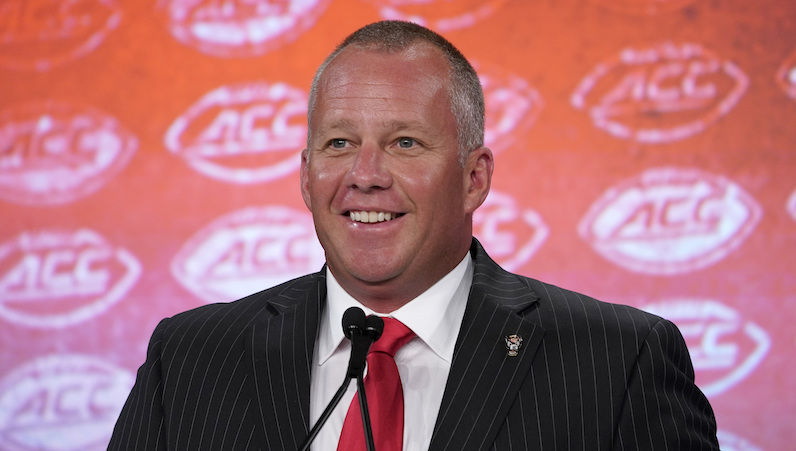 Heading into his seventh season at NC State, Dave Doeren stops by The David Glenn Show at the 2019 ACC Kickoff. In an extended, wide-ranging conversation, DG and Doeren discuss what NC State looks for in prospective recruits, the importance of player development, the arrival of the ACC Network, the growth of the program, the depth of the ACC as a football league and much, much more.

Listen to the full interview with NC State’s Dave Doeren