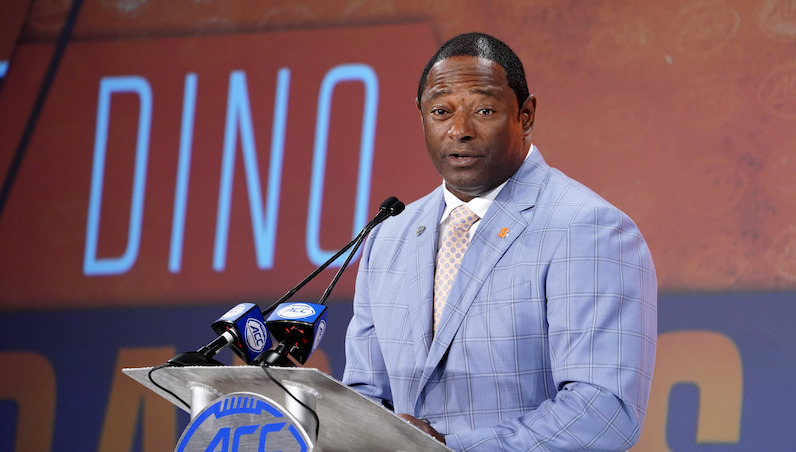 The 2018 season was a big one for Syracuse Football, especially under head coach Dino Babers. In Year 3 with the Orange, Babers and his go-go offense helped push Syracuse to 10 wins for the first time since 2001. The season featured the program’s first bowl win since the 2013 season, too.

Ahead of the 2019 campaign, Babers sat down with The David Glenn Show at ACC Kickoff to discuss, breaking through as a program, his offseason movie list, the randomness and weirdness of football, Game of Thrones and much, much more.

Click to listen to the full interview with Dino Babers

David Cutcliffe: “We’re deep at every position. We have recruited well on defense”