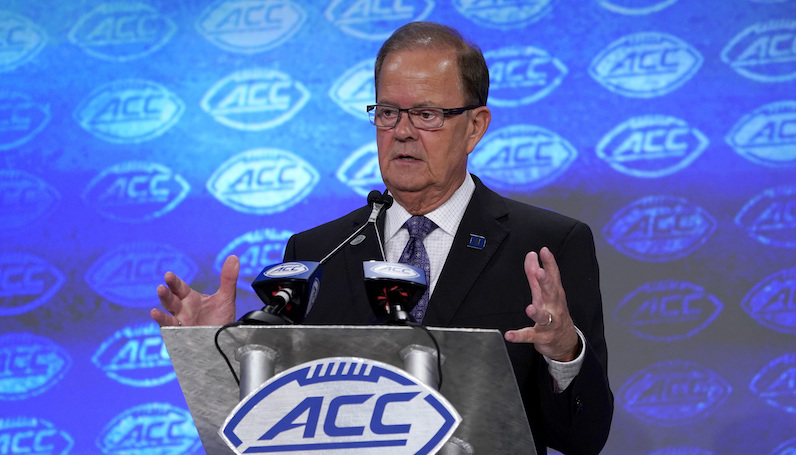 The 2018 season marked the fourth time that Duke Football has won at least eight games under coach David Cutcliffe. Duke has reached fairly incredible heights under Cutcliffe, who took over the program before the 2008 season, including a 2013 Coastal Division title.

Ahead of the 2019 campaign, his 12th with the Blue Devils, Cutcliffe sat down with David Glenn at ACC Kickoff. DG and Cut discuss chaos in the Coastal, turnover in the coaching world, Daniel Jones now in the NFL, what’s next with Quentin Harris at QB, the matchup with Alabama and much more.

Listen to the full interview with David Cutcliffe