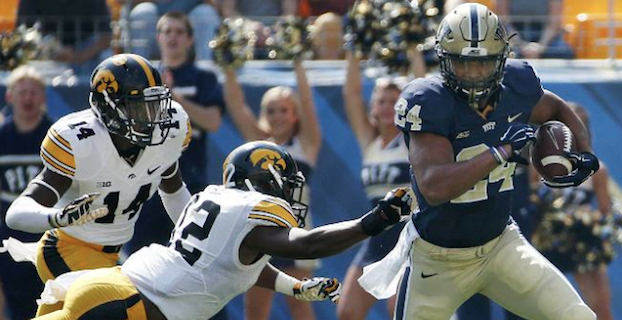 Pitt running back James Conner was named ACC Player of the Year in 2014. (AP Photo)

All-ACC running back James Conner of Pitt joined The David Glenn Show to talk about tonight’s Home Depot College Football Awards in Atlanta (7 p.m. EST on ESPN), during which he’ll receive the Disney Sports Spirit Award, given each year to the sport’s most inspirational figure.

Conner opened up about working out with his team during his bout with Hodgkin’s Lymphoma, his role as a source of inspiration and hope to others battling cancer, and his relationship with his coach Pat Narduzzi, whose father died of the same disease.

Click below to listen to the full interview. You can listen to The David Glenn Show weekdays, from noon to 3 p.m., statewide in North Carolina.