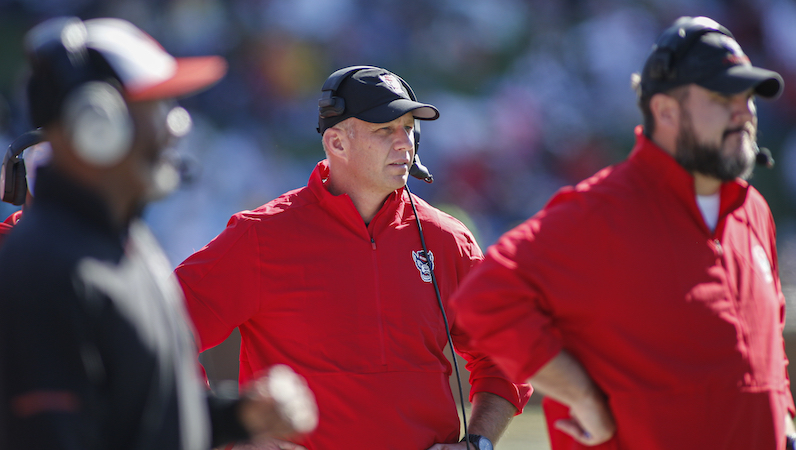 While meeting with reporters amidst NC State’s Early Signing Day festivities, head coach Dave Doeren stated that his team plans to play in a bowl game.

NC State finished the 2020 regular season with a record of 8-3; the Wolfpack won a program record seven ACC games this season, too.

Dave Doeren confirms that NC State will be playing in a bowl game.

A lot of ACC schools have opted out, but the way Doeren and the players have talked about it over the past month it never felt like that was gonna happen with the Pack. Doeren confirms that.

A bowl game victory would give NC State nine wins this season, for the third time under Doeren. Projections are a little scattered at the moment, but NC State could head to Charlotte for the Duke’s Mayo Bowl (Dec. 30) or in Jacksonville for the Gator Bowl (Jan. 2).

NCSU adds a pair of defensive transfers from Florida State