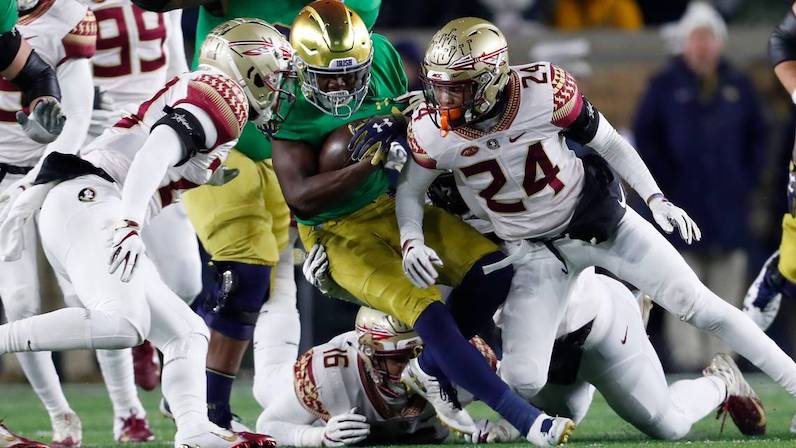 Durden and Fagan were both members of Florida State’s 2017 recruiting class, which means they signed on to play with Jimbo Fisher. (Man, time flies in the college football universe.)

Back in November, after playing in only three games, Durden decided to opt out of the 2020 season. Before that, the 6-foot-4, 315-pound tackle recorded seven tackles in the 2020 campaign. During the 2019 season, though, Durden started 12 games for FSU — finishing with 39 tackles (6.5 for loss) and five sacks.

This is a major get for NC State; Durden is a veteran player with a proven track record of success at the point of attack. An analytics darling, Durden could’ve considered going pro; however, he’ll stick around for at least one more season. Durden played only two full seasons at Florida State; he could become a multi-year addition for the Wolfpack.

Fagan, on the other hand, was a 4-star prospect in that 2017 class. A former top-100 prospect, Fagan left the FSU program in October this year. During his time with Florida State, Fagan battled injuries. He still played in 27 games from 2017-19, including five starts in 2019.

Over the last two seasons, Fagan intercepted one pass and collected 68 total tackles.

Wolfpack land at No. 24 in this week’s AP Poll