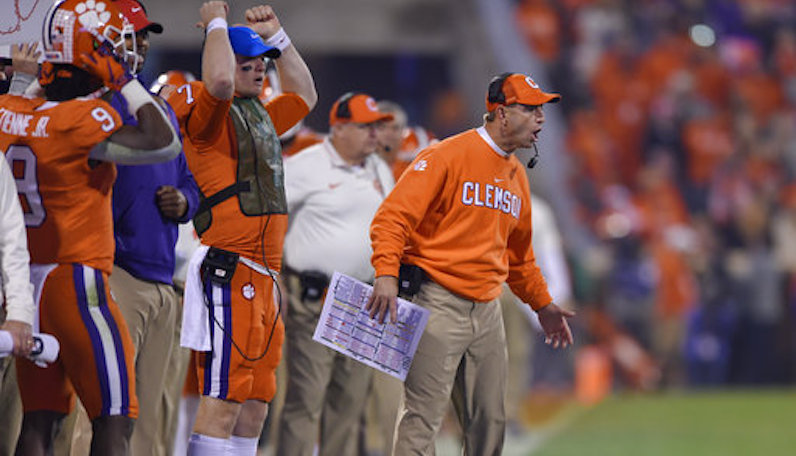 Fresh off an undefeated regular season, Clemson coach Dabo Swinney stopped by The David Glenn Show. The Tigers defeated South Carolina to improve to 12-0; this week, Dabo and Clemson will take on Pittsburgh in the ACC Championship game — the fourth straight year they have played in this game.

Prior to that, though, Swinney joined DG to talk about his team’s season, getting to stay in one place for an extended period of time and the importance of recruiting in North Carolina.

“We draw a big circle around Georgia, South Carolina and North Carolina, and we recruit it as one state. That’s kind of all in-state for us.”