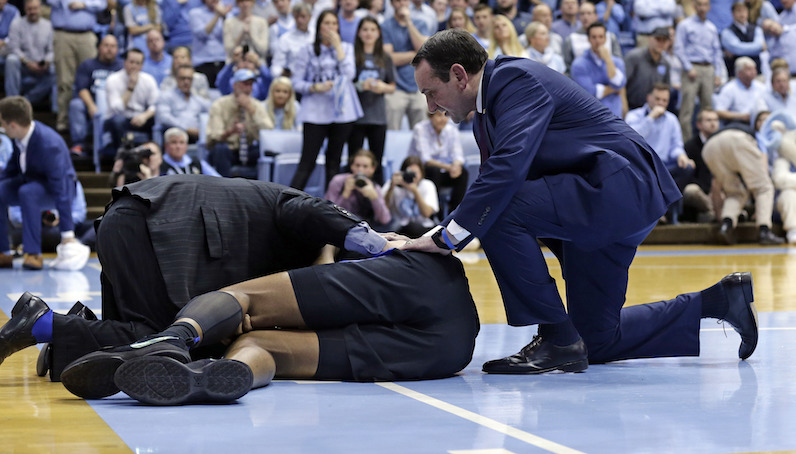 Unfortunate injury news has plagued this Duke basketball team in 2019. First it was Tre Jones; next it was Zion Williamson. Then in the first half of Saturday’s loss at North Carolina — less than three minutes into the game — junior big man Marques Bolden went down hard with a knee injury. It was initially diagnosed as an MCL sprain.

On Monday, Duke’s Mike Krzyzewski confirmed that Bolden will not play in the 2019 ACC Tournament.

This afternoon, Coach K confirmed that Marques Bolden will not suit up for @DukeMBB in the ACC Tournament:https://t.co/Xu3D8s6pj5

This means Duke will be without one of its key veterans; Bolden is pivotal to what the Blue Devils want to do defensively. His ability to switch out and guard smaller players on the perimeter — along with his rim protection (3.7 blocks per 40 minutes — is essential to Duke’s defense.

On offense, Bolden is a low-usage and efficient finisher of the basketball. In ACC play, he posted an offensive rebound rate just under 12 percent and shot 63.6 percent on 2-point attempts.

Power Rankings, plus a look a Duke’s defense without Zion Williamson