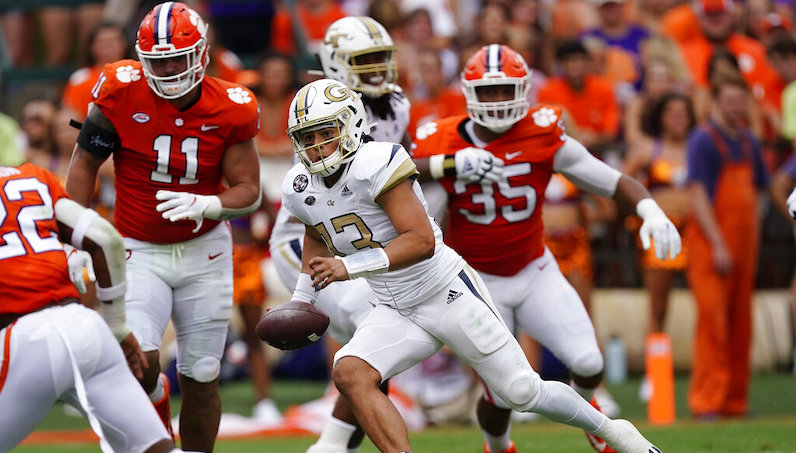 Following the loss at NC State, Clemson must now go forward without one of the top players in the ACC: defensive lineman Bryan Bresee. During the game in Raleigh, Bresee tore his ACL; he will miss the remainder of the 2021 season.

Bresee, the No. 1 overall prospect in the 2020 recruiting class, was the ACC’s Defensive Rookier of the Year last season. Back in the 2020 season, Bresee recorded 6.5 tackles for loss. Clemson finished the season ranked second in the FBS in ESPN’s defensive efficiency metric.

Obviously, the Tigers have depth and skill along the defensive line. However, Dabo Swinney’s club is already down another prominent defensive lineman: Tyler Davis. After tearing a bicep muscle in the win over Georgia Tech, Davis sat out the NC State game; however, he’s expected to return later this season.

Davis is a big-time talent, but the former blue-chip recruit has struggled with injuries the last two seasons. He also missed this season’s opener against Georgia due to COVID-19 protocols.

Grace Raynor, who covers Clemson for The Athletic, noted that redshirt sophomore Ruke Orhorhoro, a 3-star prospect in the 2019 class, stepped in for Davis. Now, Clemson will need redshirt freshman Tre Williams to help sans Bresee. Williams, a former 4-star prospect and a top-100 recruit, was a member of the same 2020 recruiting class with Bresee.

There was more bad injury news for Clemson following the loss at NC State, although it looks as though the Tigers managed a slightly more forgiving determination with running back Will Shipley. According to Swinney, Shipley was injured in Raleigh, but he didn’t tear his ACL. Shipley was a 5-star prospect in the 2021 recruiting class; he was tasked this season to help replace Travis Etienne.

Shipley, who already has five rushing touchdowns to his name, should return in a few weeks.

Shipley did *not* tear his ACL, should be back in a few weeks.

The injury to Shipley is made worse by the recent departure of speed back Lyn-J Dixon, who entered the transfer portal last week.

Dixon was the most experienced running back on Clemson’s roster. During his four seasons with the Tigers, including the first three games of the 2021 season, Dixon ran for over 1,400 yards and 13 touchdowns.

Kobe Pace is now the team’s starting running back. For the season, Pace has 93 rushing yards on 20 carries. Behind Pace, Clemson has freshman Phil Mafah, junior Michael Dukes and super-senior Darien Rencher.

These are tough times for a Clemson program that’s struggling to throw the ball and play efficient offense.