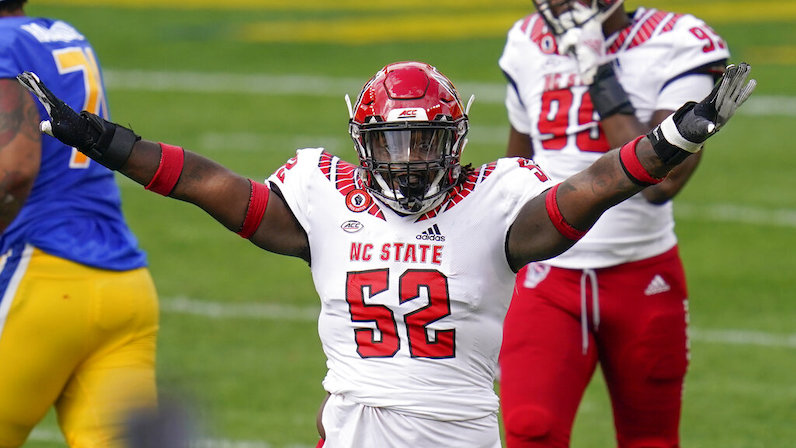 The vibes in Raleigh are good following NC State’s upset win over then-No. 9 Clemson. However, the Wolfpack announced another major loss on the defensive side of the ball: nose tackle CJ Clark will miss the remainder of the season with a knee injury.

Clark didn’t play in the Clemson game. On Sunday, he announced on that following surgery he will be out for the rest of 2021.

NC State’s defense is deep; there’s a lot of talent, up and down the roster. Unfortunately, though, the Wolfpack have lost several of their top defensive players. Star linebacker Payton Wilson and defensive back Cyrus Fagan are also out for the season with injuries.

During the win over the Tigers, several other defensive linemen stepped up in place of Clark. Cory Durden — who transferred to NC State from FSU, like Fagan — recorded 1.5 sacks vs. Clemson. Davin Vann collected a half-sack, too.

Clark became a starter this season. He was installed at the point of attack on defense — replacing former star Alim McNeill (2018-20), now with the Detroit Lions. Through the first three games of the season, Clark recorded eight tackles. He had 24 total tackles in the 2020 season.