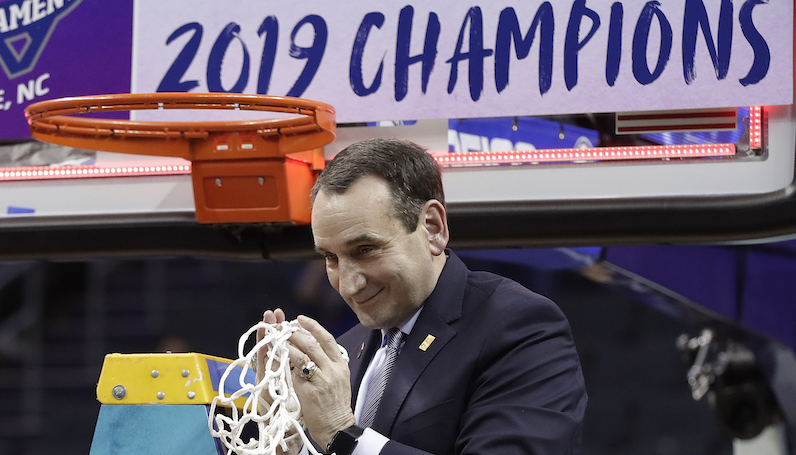 The college basketball landscape has another seismic shift on the horizon. Legendary Duke men’s basketball coach Mike Krzyzewski will retire after the conclusion of the 2021-22 season, according to a report from Jeff Goodman.

As of right now, the leading candidate to replace Coach K will be current assistant and lead recruiter Jon Scheyer.

Krzyzewski, 74, arrived at Duke in 1980. He just completed his 41st season with the program.

During his tenure in Durham, the Blue Devils have achieved unprecedented heights, while emerging as one of the sport’s all-time programs.

Krzyzewski has amassed a record of 1,097-302 (.784) at Duke. Going back to his time coaching Army, Krzyzewski has won a total of 1,170 games; he is the all-time winningest coach in Division I men’s basketball history.

Coach K became the first coach in Division I men’s basketball history to win 1,000 games. The 1,097 wins he collected at Duke are the most for any coach at one single program.

Duke also achieved unparalleled success in the ACC with Krzyzewski in charge, too. With Coach K, the Blue Devils won 12 ACC regular season titles and were crowned ACC champions a ridiculous 15 times.

According to ESPN’s Adrian Wojnarowski, Scheyer will likely be named as the program’s coach-in-waiting. Duke conducted an outside search for Krzyzewski’s replace, which included former Duke guard and Harvard coach Tommy Amaker.

Duke talked to outside candidates about replacing Krzyzewski, including Harvard coach Tommy Amaker, sources tell ESPN. Scheyer is Duke's choice to replace K. He was the lead recruiter on such stars as Jayson Tatum and Zion Williamson. https://t.co/6PPi8gVZT8

Analyzing Duke’s rotation for the 2021-22 season