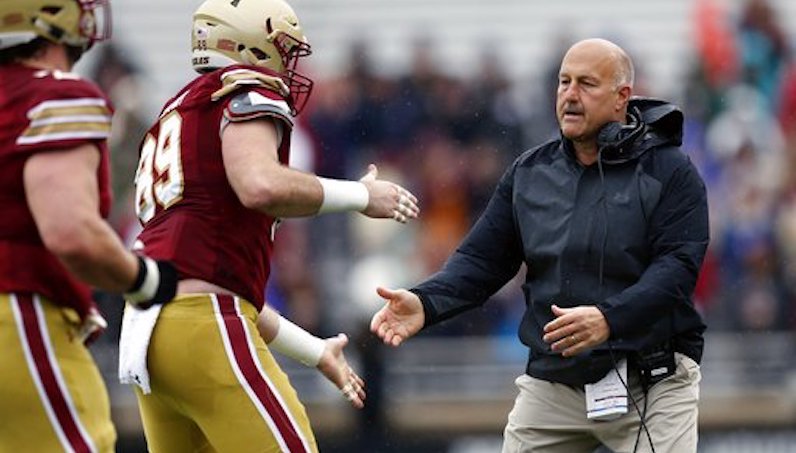 After his third straight season of at least seven wins, Boston College has extended the contract of Steve Addazio for two additional seasons. The coach is now signed through 2022. Pete Thamel of Yahoo was the first to report the news.

Since taking over the BC program prior to the 2013 season, Addazio has gone 38-38 while up in Chestnut Hill. Two weeks from now, the Eagles play will against Boise State in the SERVPRO First Responder Bowl; this will be the fifth bowl game for the program under Addazio.

In early November, Boston College climbed to No. 17 in the CFP rankings. However, the team dropped its final three regular season games; two of which came against ranked opponents — Clemson and Syracuse.

I think about this Vine more often than is probably healthy https://t.co/u9rgoiOulp