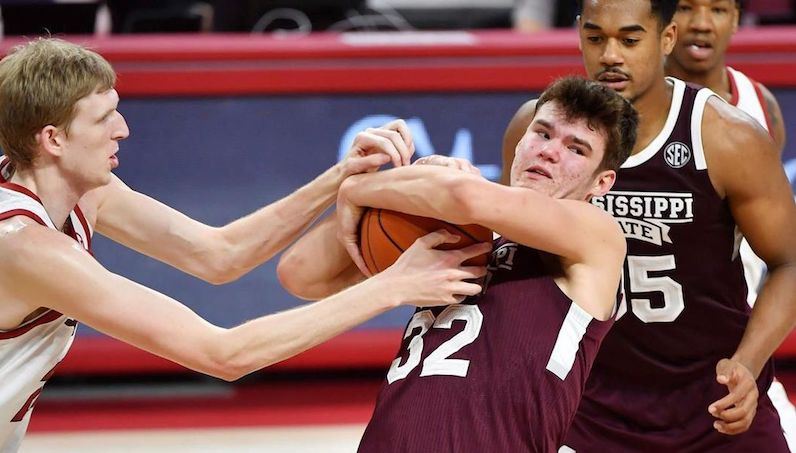 During a game against Arkansas, Mississippi State center Quinten Post competes for a rebound. (AP Photo)

A mostly unheralded recruiting in the 2019 class, Post, who hails from the Netherlands, committed to Mississippi State over Georgia Tech, Washington State and Western Kentucky.

Unsurprisingly, with the coaching change, BC has a handful of players departing the program via the portal as well:

A lengthy rebuild is on the horizon for Grant at BC; however, as he’s looking to start that process, adding veteran talent is wise, too.