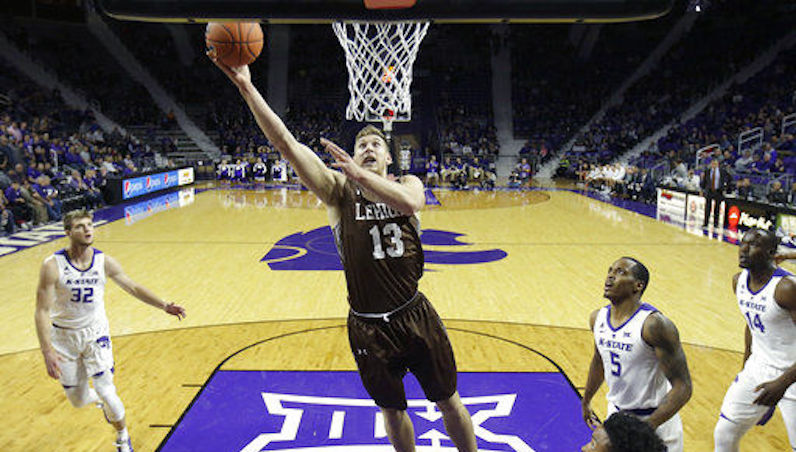 While at Lehigh, James Karnik (13) scores at the basket during a 2018 games against Kansas State (AP Photo)

Boston College added a third transfer this offseason: Lehigh center James Karnik. During his three seasons with Lehigh, Karnik appeared in 83 games (78 starts). As a junior, Karnik averaged 12.2 points (59.8 2P%), 7.2 rebounds and 1 block per game. Due to an ankle injury, Karnik missed 10 games this season.

Karnik blocked 1.3 shots per 40 minutes as a junior.

With Karnik, Boston College has another grad transfer. Earlier in the offseason, Quinnipiac guard Rich Kelly and Rider forward Frederick Scott also committed to the Eagles. It’s clear: Jim Christian looked to add size and shooting to his roster.