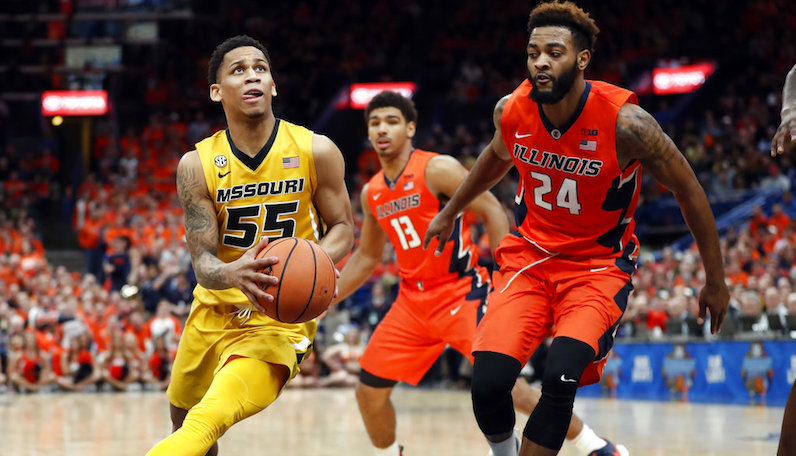 According to a release from NC State, two bits of news recording the basketball program. First, the good news: Missouri transfer point guard Blake Harris has been granted immediate eligibility. Harris played in 14 games for the Tigers last season, before his decision to transfer; he will not have to sit out the first set of games before December exams.

Harris, a native of Chapel Hill, joins Markell Johnson as one of the top point guard duos in the country. NC State coach Kevin Keatts: “I’m excited for Blake that he has an opportunity to join our team immediately. I’m very appreciative of our compliance staff for working diligently with Blake on the waiver and thankful to the NCAA for approving it.”

NC State was already out several post players from last season’s team: Omer Yurtseven, Lennard Freeman and Abdul-Malik Abu. Manny Bates, at the least, could help provide depth and some fouls up front.

Earlier in August, Bates, a 4-star prospect, underwent shoulder surgery; he will now redshirt the 2018-19 season. With Bates on the bench, it seems even more likely that the Pack will embrace small-ball next season.

Inside The Playbook: How Sacha Killeya-Jones fits in at NC State