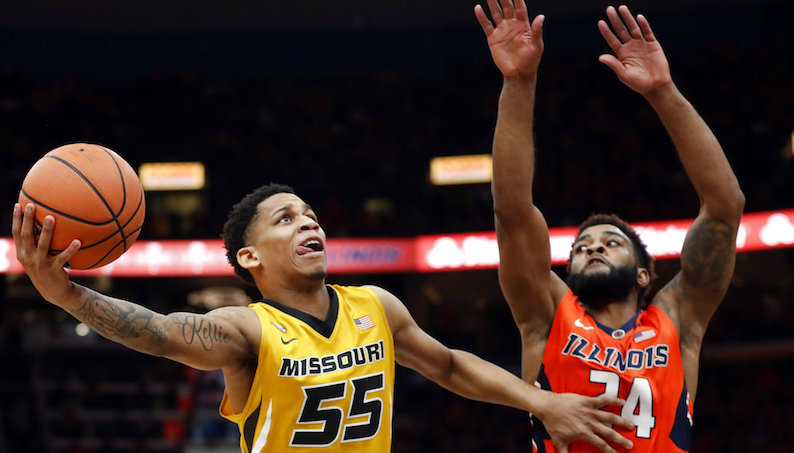 Late last week it was announced that freshman point guard Blake Harris would transfer out from Missouri. On Wednesday, Harris decided to transfer to NC State.

Initially a Washington-signee, Harris decommitted and asked out from his letter of intent after the school fired Lorenzo Romar. Harris, a former 4-star prospect who played prep basketball in North Carolina, considered going to NC State. 247Sports.com ranked Harris as the 85th best player in the 2017 class. A native of Chapel Hill, Harris averaged 25 points while at Word of God.

This news comes as NC State’s sophomore point guard Markell Johnson continues to sit out do to felony assault charges.

NC State currently has two other transfers redshirting this season: C.J. Bryce and Devon Daniels. JUCO commit Derek Funderburk, a former Ohio State Buckeye, will also be a part of the roster next season, too.

Shaun Kirk will transfer out from NC State, head to UNC Pembroke