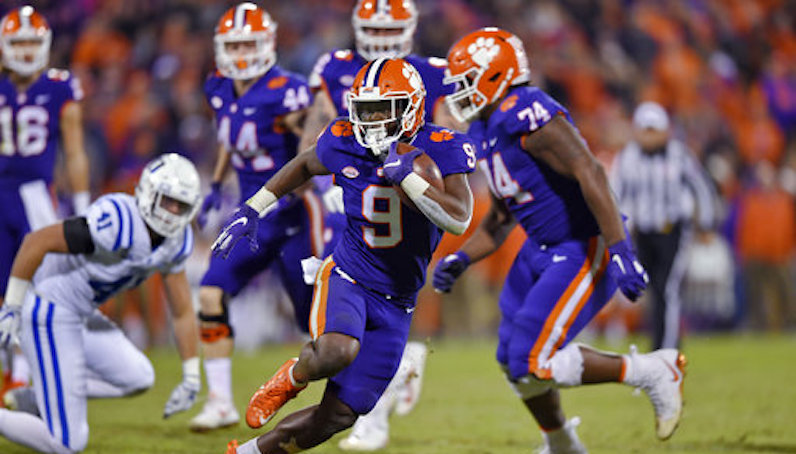 Clemson's Travis Etienne rushes out of the backfield during the second half of an NCAA college football game against Duke Saturday, Nov. 17, 2018, in Clemson, S.C. (AP Photo/Richard Shiro)

This week’s AP Top 25 Poll is out, and once again: it’s a fairly underwhelming showing for the ACC. Three teams from the league rank in the poll, including Pittsburgh — for the first time since 2016.

Washington State moved up to No. 7 in this week's AP Top 25. See the poll: https://t.co/jfkE4ZQ5Ce pic.twitter.com/LK1MNvg7k8

Clemson and Pitt will square off two Saturday’s from now in the ACC championship game: Dec. 1. Kickoff is set for 8 p.m.

Also: Just outside of the top 25, only one ACC team received votes but failed to land in the poll: NC State (45).

Quick Stats: A look into the absurdity of Duke’s Zion Williamson