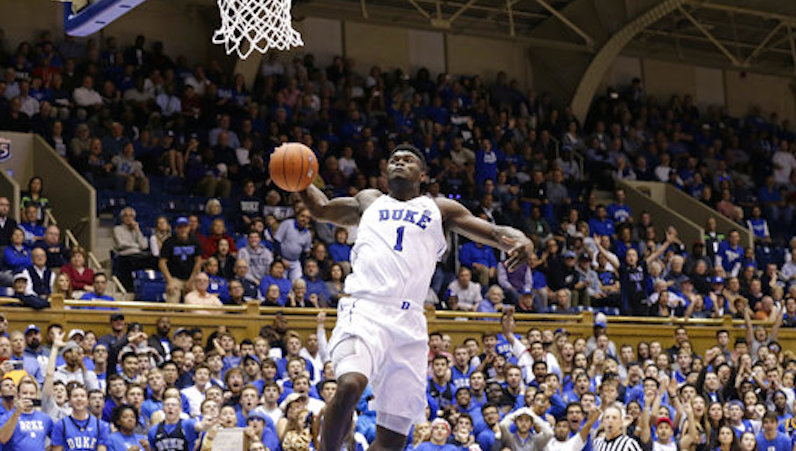 Duke's Zion Williamson (1) drives for a dunk against Eastern Michigan during the second half of an NCAA college basketball game in Durham, N.C., Wednesday, Nov. 14, 2018. (AP Photo/Gerry Broome)

The highlights (zi-lights, if you will) alone are stunning. There’s something almost comical about a near-300-pound beefcake like Zion Williamson flying through the air. He’s bionic — made of bolts, lasers, titanium and rocket boosters. Or so it seems. The comparisons people are throwing around is such a funny range of supersized athletes — LeBron James, Blake Griffin, Julius Peppers, J.J. Watt, Rodney Rogers. Why not throw Paul Bunyan in there, too?

You don’t even need to see the numbers to know: he’s playing a different game than everyone else. That said, the numbers are pretty ridiculous, too. Let’s take a quick look.