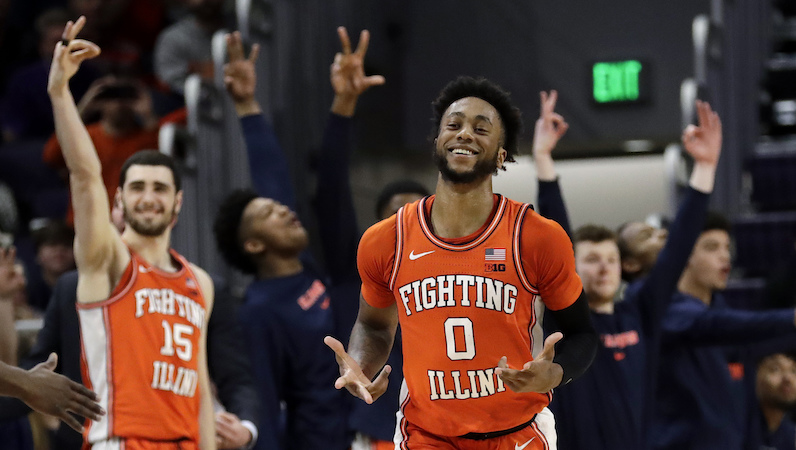 Alan Griffin will be immediately eligible for the 2020-21 basketball season at Syracuse. Griffin, who transferred in after two seasons at Illinois, was expected to receive a waiver from the ACC; however, that didn’t become official until this week.

Early in the offseason, Syracuse moved fast to add the 6-foot-5 Griffin; after landing in his top six schools, Griffin committed to Syracuse in early April.

During his sophomore season, Griffin averaged 8.9 points and 4.5 rebounds per game, while shooting 41.6 percent on his 3-point attempts. That efficiency came with good volume, too: 63.5 percent of his field goal attempts were from beyond the arc.

Syracuse's Alan Griffin had received a waiver from the NCAA and is eligible for the 20-21 college basketball season, per release.

Better yet, Griffin emerged as one of the most efficient wings in the country; Griffin shot 60 percent on 2-point attempts, too (68 FG% at the rim), and ranked No. 6 nationally in offensive rating, according to KenPom.

Griffin posted an effective shooting rate of 55.3 percent on catch-and-shoot attempts this season, a top 20 number in the Big Ten, per Synergy Sports.

The fit with Griffin at Syracuse is ideal. Griffin should pair nicely on the perimeter with Buddy Boeheim, one of the more underrated offensive players in the ACC, and rising sophomore playmaker Joe Girard.

Up front, Syracuse has solid talent, too. Quincy Guerrier is a blue-collar star on the rise: 5.1 percent block rate, 10 percent offensive rebound rate.

Center Bourama Sidibe (6.8 fouls committed per 40 minutes) was the only ACC player with a seven percent block rate and three percent steal rate in the 2019-20 season.