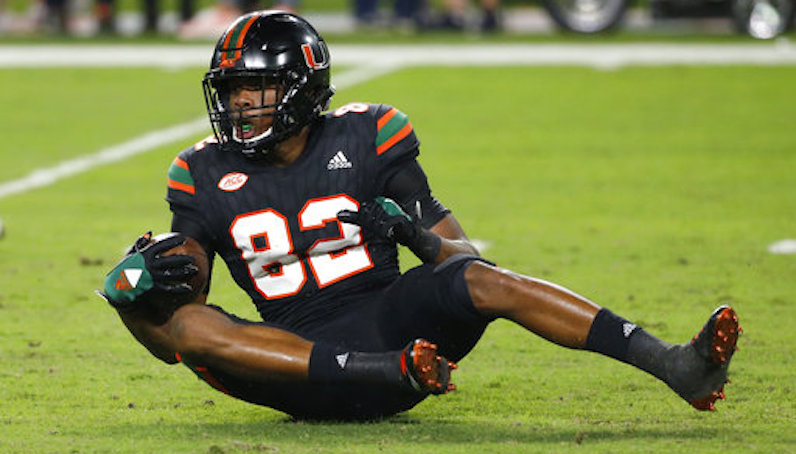 News fresh out on a Thursday afternoon — Mark Richt informed the media that wide receiver Ahmmon Richards and defensive end Demetrius Jackson won’t play against Savannah State. According to Richt, both players have knee issues.

NEWS: Mark Richt just told us that WR Ahmmon Richards and DE Demetrius Jacskson will not play against Savannah State. They both have knee issues and are just not ready, Richt said. @HeraldSports

Ahmmon Richards, who didn’t practice on Wednesday, dealt with knee issues in the 2017 season, too, which cost him game time. The Hurricanes are counting on Richards this season to revive his 2016 freshman form: 49 catches on 75 targets (65.3 percent catch rate).

However, in the opener against LSU — with the offense struggling — Malik Rosier targeted Richards just twice: one reception for only nine yards.

No. 22 Miami kicks off against Savannah State at 6 p.m. this Saturday.

What you tacklin’ about, Gerald Willis? DT stands strong against LSU