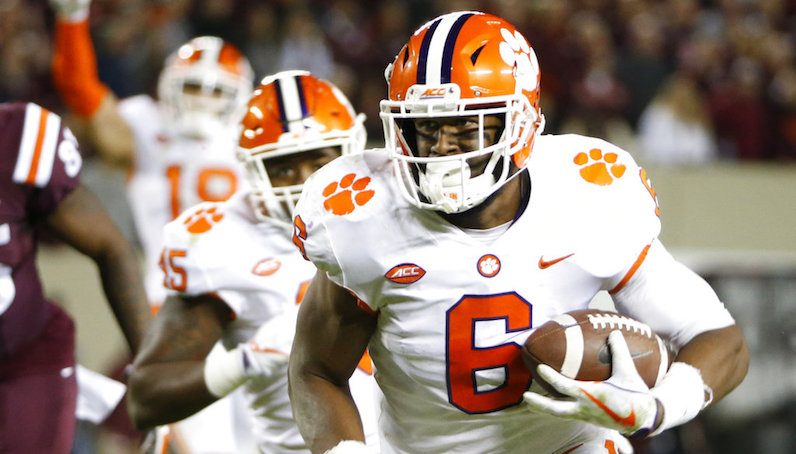 Clemson linebacker Dorian O'Daniel (6) heads to the end zone after an interception during the second half of an NCAA college football game in Blacksburg, Va., Saturday, Sept. 30, 2017. Clemson won the game 31-17. (AP Photo/Steve Helber)

The Butkus Award is presented annually to the nation’s top linebacker.

Kiser, who led the ACC in tackles in 2015 and 2016, and currently ranks 12th nationally in total tackles per game this week (9.9 avg.), has been named a Butkus semifinalist for the second straight year.

O’Daniel has also been honored as the Walter Camp National Defensive Player of the Week for his play against Auburn.

Edmunds and Kiser have also been named quarterfinalists for the Lott IMPACT Award, which is given to the nation’s defensive player.

Virginia Tech sets the tone for Miami with a dominant defensive performance vs. Duke