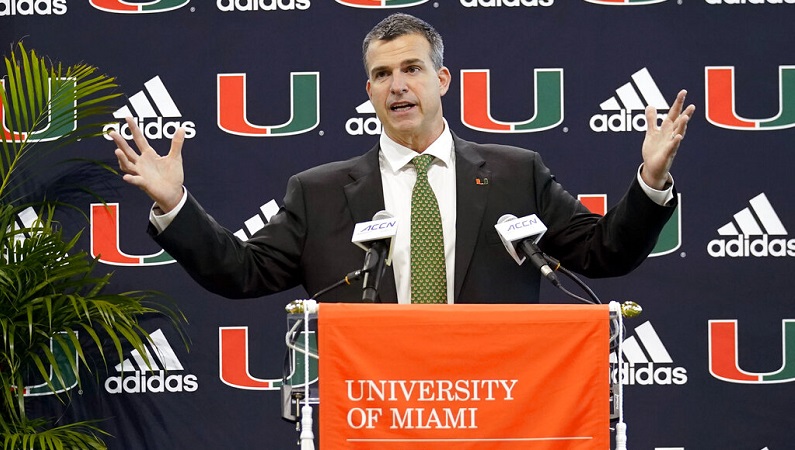 Miami football coach Mario Cristobal speaks after being introduced at a news conference, Tuesday, Dec. 7, 2021, in Coral Gables, Fla. Cristobal is returning to his alma mater, where he won two championships as a player. (AP Photo/Lynne Sladky)

In a recent segment on WSJS’s ‘The Drive’, Josh Graham broke down why he believes Mario Cristobal has the best chance to bring Miami football back to glory. Graham cites the major monetary investment and why previous hires were not put in the best position to succeed. Can Cristobal make Miami the team to beat in the ACC Coastal?

Listen to the full segment here:

Read more about Mario Cristobal and other ACC football hires

Jason Garrett enters the mix for Duke’s next head coach