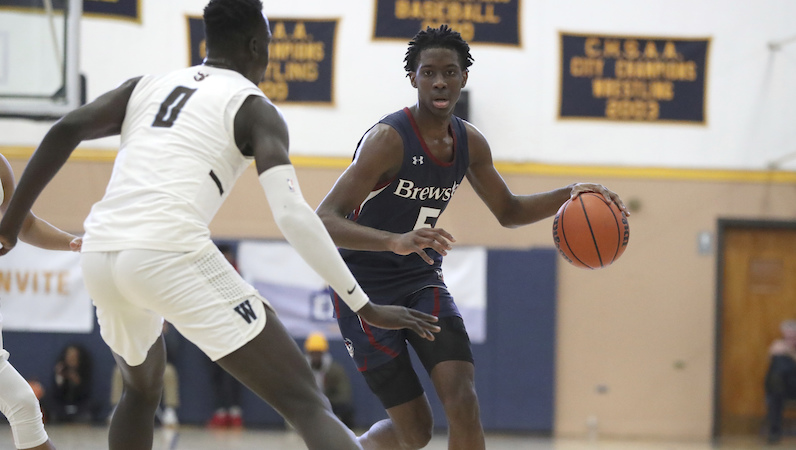 One of the top prospects in the class of 2021 — 5-star shooting guard Terrence Clarke — has set a decision date. After trimming his list of schools to six, Clarke told 247 Sports that he will announce his college choice of Sept. 14.

Two ACC programs land in the pool of six that Clarke’s considering: Duke and Boston College. The recruiting service ranks Clarke as the No. 3 overall prospect in the 2021 class; currently, Kentucky projects as the favorite to land Clarke.

No. 3 overall prospect Terrence Clarke has cut his list to six and will announce decision on September 14, he tells @247Sports: https://t.co/R3UGhkPPmZ pic.twitter.com/TEznrATM3s

The 6-foot-7 Clarke, who plays his prep ball for Wolfeboro (N.H.) Brewster Academy (a powerhouse program, already took an unofficial visit to Kentucky earlier this year.

Duke is also in a good position with several other 5-star 2021 wings — Patrick Baldwin Jr., AJ Griffin Jr. and Max Christie. Obviously, though, Clarke would be a major get for Duke or Boston College. He’d likely be the highest-rated commitment in program history for Boston College.

Key recruiting weekend on the horizon for Capel, Pittsburgh