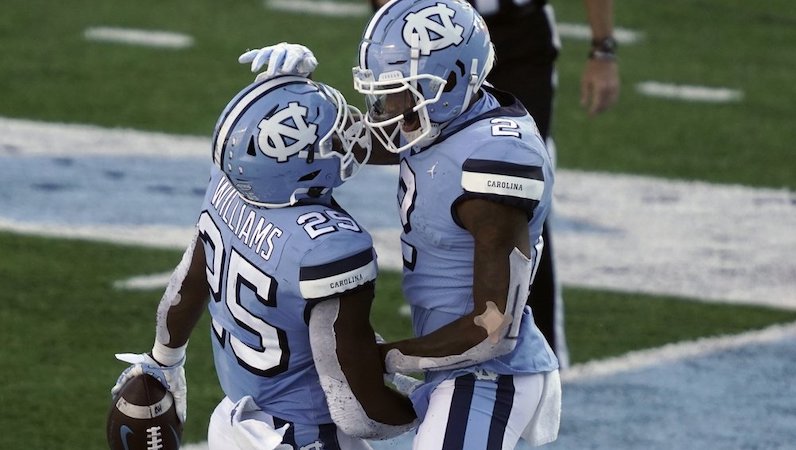 North Carolina is currently in the top three for Jeadyn Lukus, a 5-star 2022 cornerback from South Carolina. Over the weekend, Lukus and his family took an official visit to UNC, which reportedly went very well for all parties.

Next weekend, Lukus will be at Clemson for the program’s Elite Retreat weekend. A visit to Ohio State could come later in June, too.

Lukus won’t be the only blue-chip target of note from UNC at Clemson’s Elite Retreat. Travis Shaw, a 5-star defensive tackle from Greensboro, will also be in attendance.

Clemson is the favorite to land Shaw, although Georgia has a pathway, too. North Carolina continues to make a push.