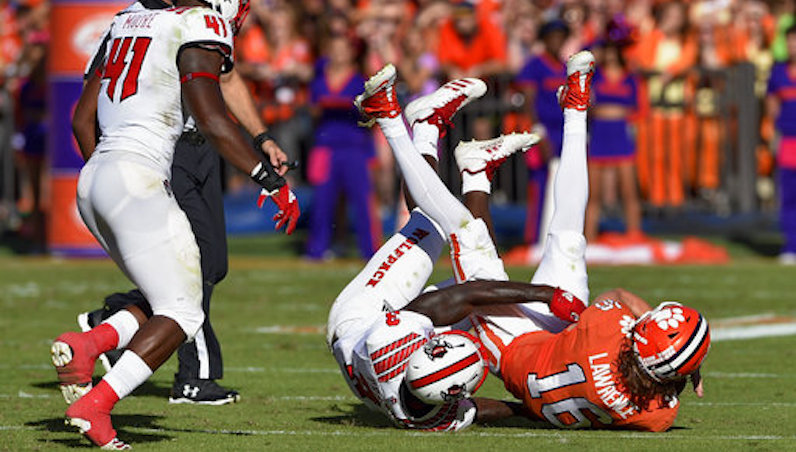 NC State football hit the ground running on June 1; the Wolfpack continue to gather steam. On Tuesday, the Wolfpack struck a commitment from one of the top prospects in the state of North Carolina: 4-star 2022 linebacker Torren Wright.

Wright, a native of Kannapolis, is one of the top 250 prospects nationally; he ranks as the No. 7 overall prospect in North Carolina, per 247 Sports Composite.

The 6-foot-3, 215-pound linebacker drew interest from plenty of programs; however, in the end, NC State won out over Duke, South Carolina, Kentucky and West Virginia.

I am blessed and truly thankful to say I am 1000% committed to @PackFootball #WPN🐺 pic.twitter.com/6xPAiSm0VC

The commitment from Wright was the second of the day for NC State. Earlier, the Wolfpack also landed 3-star athlete Daejuan Thompson, another in-state prospect.

Wright is the No. 2 rate prospect in NC State’s 2022 class, which now sits at five total; three hail from inside the North Carolina borders.