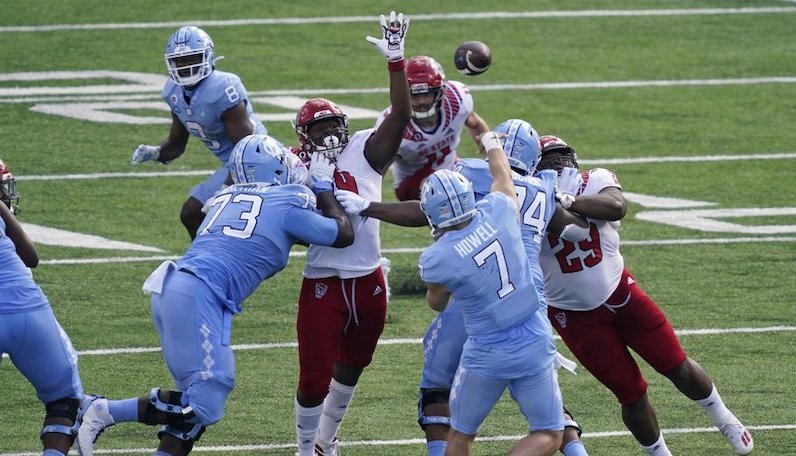 Grimes was initially a 5-star prospect for the 2021 recruiting class; his commitment to UNC in late June was hailed as a seminal moment for Mack Brown’s return to Chapel Hill. However, less than two weeks later, Grimes reclassified to 2020, due to COVID-19 concerns with his final year of prep football.

A few weeks later, Grimes enrolled and arrived on campus. He’s seen action this season, too.

Chapman plans to be patient with his decision-making process.