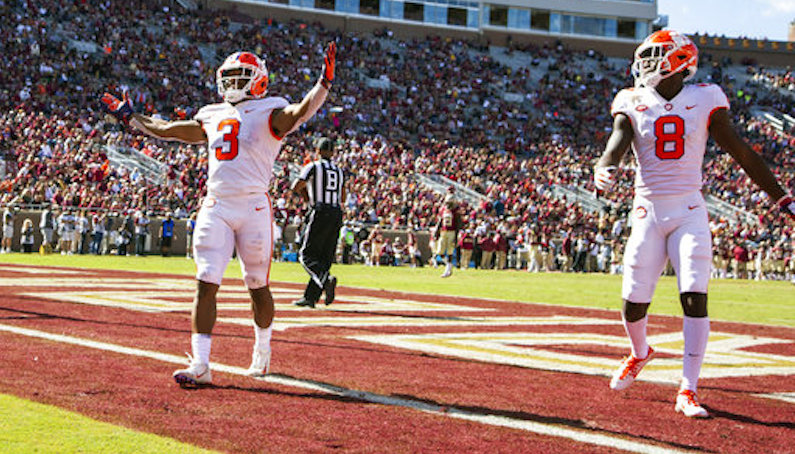 This week’s AP Top 25 poll is out; despite NC State exiting the ranks after Saturday’s loss at Syracuse, the ACC actually has more teams in this week’s poll than the two prior. Of course, the Clemson Tigers lead the way, too. This is the first time Syracuse has been nationally ranked since the 2001 season.

Some fresh faces in the Top 25!

Only one ACC team received votes and didn’t land in the poll — that would be the aforementioned Wolfpack of NC State (6 votes).