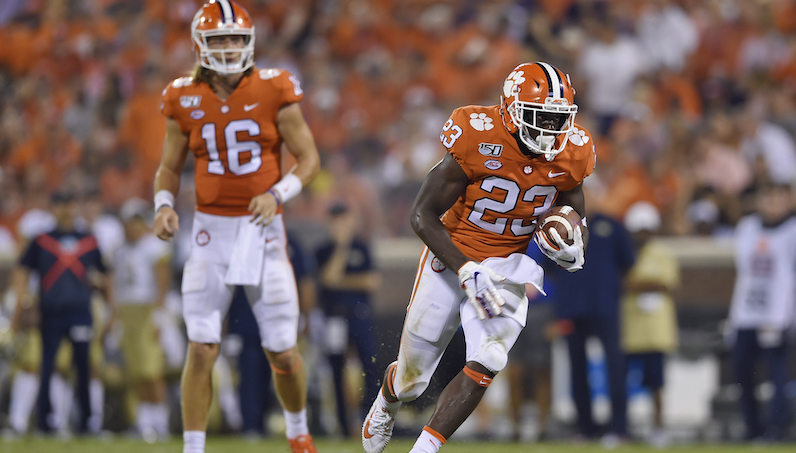 Clemson's Lyn-J Dixon (23) rushes for a touchdown after taking a handoff from quarterback Trevor Lawrence (16) during the second half of an NCAA college football game against Georgia Tech Thursday, Aug. 29, 2019, in Clemson, S.C. Clemson won 52-14. (AP Photo/Richard Shiro)

The 2020 AP Top 25 poll is out, and three ACC teams have landed inside. Once again, the Clemson Tigers top the poll, too.

Some of these rankings should probably come with a bit of an asterisk, though, as college football looks to launch a season in the midst of the COVID-19 pandemic. The Big Ten and Pac-12 have postponed their 2020 fall football seasons; however, a combined nine teams from the two leagues are in the poll.

BREAKING: Clemson is No. 1 in The Associated Press preseason Top 25; Ohio State, Alabama, Georgia and Oklahoma round out top five.

Read More on the ACC and AP Top 25

Which ACC teams plan to have some spectator attendance this fall?