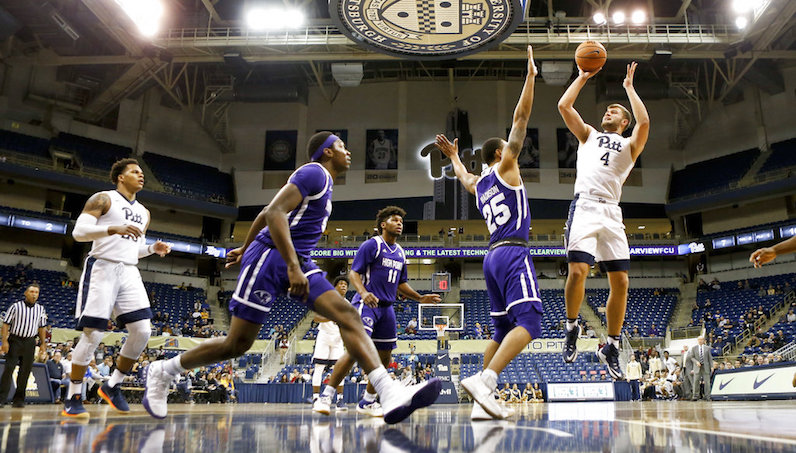 We all know the challenge Pitt basketball faced coming into this season. Kevin Stalling essentially turned the entire roster over — save for a few smaller exceptions. However, one of those few exceptions — senior Ryan Luther — is currently on the shelf.

Unfortunately for Luther, the 6-foot-9 forward injured his right foot last week. Luther will be out for at least a few weeks, according to Craig Meyer of the Pittsburgh Post-Gazette, but it could last longer.

The Panther have responded nicely — with back-to-back wins over McNeese State and Delaware State. Pitt caught fire from deep in both of those games, making a combined 27 three-pointers.

With conference play less than two week away, though, Luther’s injury could prove to become increasingly costly. Freshman Terrell Brown started in place of Luther, but scored just six point and grabbed nine rebounds in 40 minutes of action.

So far this season, Ryan Luther was averaging career highs in points (12.7) and rebounds (10.1). Luther is one of only nine Division I players currently averaging a double-double with point and rebounds, and also shooting at least 35 percent on three-pointers (38.7 percent). North Carolina’s Luke Maye is the only other ACC player that can currently lay claim to this honor, too.

Luther offers shooting from a frontcourt position, which is a big boon for any team, but especially a Panthers squad that can be offensively starved at times.

The senior has given a nice spark to Pitt’s offense out of screen-roll action. According to Synergy Sports, Luther has connected on 5-of-11 pick-and-pop attempts this season — with an effective field goal rate of 63.6 percent. Luther has also scored 1.33 points per possession on basket rolls this season, too.

That level of defensive rebounding may be passible against lower competition when you’re also red-hot from deep. However, within the confines of the mighty ACC, that’s a recipe for disaster. Those threes won’t always fall, and four of the nation’s top 20 offensive rebounding teams — Duke, Syracuse, UNC and NC State — reside in the ACC.

Who has the edge to start at QB for Pitt next season?