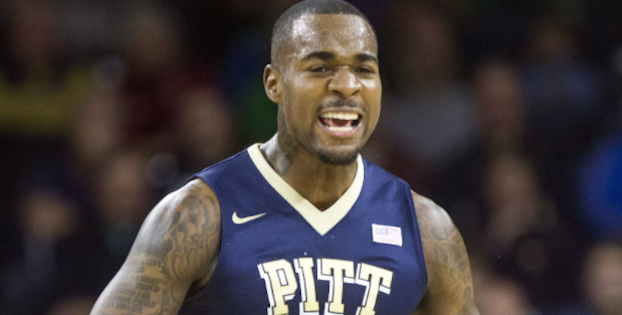 Michael Young leads the ACC in scoring at 23 points per game. (AP Photo).

In case you haven’t paid attention yet, Pittsburgh has played some pretty good basketball this season. The Panthers are 6-2, and have wins over Maryland and Marquette. As many predicted before the season started, Pitt has been powered by their two star seniors: Michael Young and Jamel Artis, who rank first and third, respectively, in the ACC in scoring. The two Panthers are averaging a combined 42.7 points per game, which not surprisingly, is the largest combined total for any pair of teammates in the conference.

Look at that disparity; they’re combining to score six more points per game than the next closest set of teammates. That’s incredible production.

Artis slid over to the point guard position to start the season, where he’s tried to put on his own Draymond Green impersonation. He’s been really good, but Young has been a different beast, and few players in America are currently playing better than Pitt’s star forward.

Young leads the ACC in a variety of metrics: field goals (62), free throw attempts (61), scoring (23.0), usage rate (31.8 percent) and points produced (172). He also ranks near the top of the league in several key catch-all statistics, like PER (No. 3) and win shares (No. 6). According to Ken Pomeroy, Young ranks 42nd in the nation in usage rate; when he’s on the court nearly 32 percent of Pitt’s possession end with him shooting, getting fouled or turning the ball over.

One of the easiest ways to score points is from the free throw line — there’s literally no defender in the way. This is another area where Young has excelled — drawing 6.7 fouls per 40 mins (No. 99 in the nation), and posting a free throw attempt rate of 0.513. For every field goal Young attempts, he shoots better than 0.5 free throws. For a cheap comparison: James Harden, one of the NBA’s best at drawing contact, posted a free throw attempt rate of 0.518 last season. It’s tough to stop what you can’t defend.

After attempting just 56 career 3-pointers heading into this season (0.6 per game), Young has started to venture out beyond the arc more often. He’s no high-volume sniper, but Young is launching 2.4 threes per game, and making 42.1 percent of them. This is a nice compliment to his interior game.

Young is approaching the 1,400-point milestone for his career, but he does more than just score, though. He’s swatting 1.4 shots per game (block rate of four percent), and ranks 18th in the ACC in total rebounding rate — 13 percent. Young also ranks second on Pitt’s roster in assist rate (20.5 percent). Artis, in his point forward role, leads with 25.1 percent.

If Kevin Stallings is going to get the Panthers to the NCAA Tournament in back-to-back seasons for the first time since 2014, the first year coach will need to continue to receive this kind of high-level production from Young and Artis.