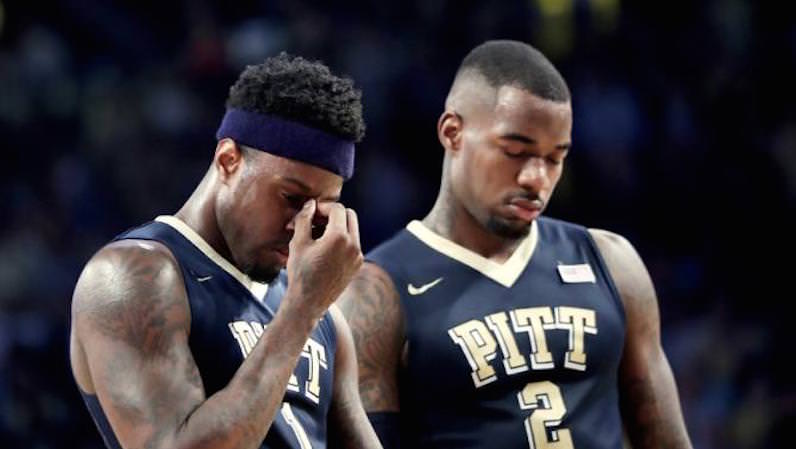 It’s been a rough basketball season in the Steel City for the Pitt Panthers.

Stallings does not have the most complete roster to work with, but the cupboard is not necessarily bare. Seniors Michael Young and Jamel Artis are a quality foundation. The Panthers have tried, but it just hasn’t worked out — not at the fault of Young and Artis, who have been sterling. There simply isn’t enough around them.

The greater challenge, however, will come next season, after that thrilling duo has graduated. The current roster possesses zero obvious in-house replacements.

The Panthers have played 23 games this season — one of which went to double overtime and two others wrapped up following a single overtime. That equates to a total of 4,700 minutes for all five positions. That’s 940 minutes available for each position.

Those are percentages that are on par with Dennis Smith Jr. and Luke Kennard.

As a team, Pitt has scored 1,754 points. Young and Artis are ranked first and second, respectively, on the roster in scoring. They have combined for 925 points, which translates to 52.7 percent of Pitt’s scoring.

The Panthers have made 187 three-pointers this season. Artis and Young are responsible for nearly 48 percent (89) of those triples. Getting to the free-throw line is incredibly valuable and a staple of any efficient offense; Pitt ranks No. 34 in the nation in points per possession — 1.15, according to KenPom.com. The Panthers have attempted 523 free throws this season, with Young and Artis accounting for 54.3 percent of those attempts.

Pittsburgh has assisted on 342 of its 595 made field goals — an assist rate of 57.4 percent. Young and Artis have combined for 132 of Pitt’s assists, or 38.6 percent. That also means Pitt’s two stalwarts alone have assisted on 22.2 percent of the team’s field goals.

Stallings’ crew isn’t a particularly strong rebounding bunch, but the two seniors have teamed up to snag 33.8 percent of Pitt’s rebounds. In every one of those counting metrics, Young and Artis rank first and second — in some order — in every category, except for rebounds. Young is No. 1 on Pitt’s roster in boards; Artis is third. That’s the one exception.

The Panthers have a giant six-person recruiting class coming in for next season. However, even if a couple of those guys are ready to contribute in 2017-18, Pitt is still in trouble. Artis and Young are superb players, and this is not the kind of production that can be replaced easily. They are also tops on the team in usage rate and are just behind Cameron Johnson in terms of offensive rating, per KenPom.

Few teams in the country are this reliant on two players, and let’s not forget: Chris Jones and Sheldon Jeter — two other parts of the seven-man rotation — are both seniors, too. Next season will be an uphill battle for Pitt. Buckle up.