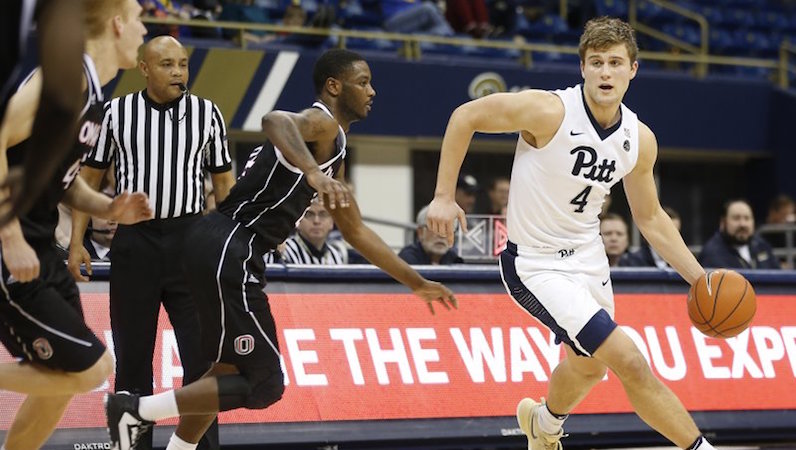 As you may have heard, Pitt basketball has had a rough few weeks.

The Panthers finished the 2016-17 season a game under .500 and with only four ACC wins. The outlook for next season seemed rather bleak, thanks to the departures of senior stars Jamel Artis and Michael Young. However, it has gotten progressively worse for the program over the past two weeks.

Transfers and dismissals have been the name of the game. The hammer finally dropped this past weekend when promising sophomore wing Cameron Johnson — one of the better third options this season in the ACC — announced he would transfer.

Assuming there will be no further roster turnover, Pitt will return just four scholarship players from this past season. That is not exactly the foundation from which Kevin Stallings would like to build — call it a hunch.

Yeah, who are these people? Let’s take a look at some numbers that truly emphasize how little production Pitt will return.

According to Sports Reference, Pitt ranked No. 183 in the nation in total rebounds: 1,158. Veteran big man Sheldon Jeter led the way with 7.3 per game. Pitt, thanks mostly to Luther (120 total rebounds), will return just 12.4 percent of its rebounding from 2016-17.

Pittsburgh ranked reasonably well in some assist metics this season. Per KenPom, Pitt assisted on 58.6 percent of its made field goals, which is good for 44th nationally. However, next season doesn’t look too promising. Luther, Milligan and Nix combined for 31 of Pitt’s 473 total assists. Smith did not have a single assist to note.

Pitt will return 6.6 percent of its total assists next season.

Hey, more of the same here. Pitt’s four returning players combined to block 19 shots in 2016-17. As a team, Pitt recorded 112 blocks; that means the Panthers will return 17 percent of their shot-blocking production.

Pittsburgh splashed 263 three-pointers in ’16-17; this is where the loss of Johnson really hurts. Johnson, who made 78 three-pointers as a sophomore, was one of the best catch-and-shoot players in the ACC.

Milligan and Luther connected on 25 triples last season. Pitt, on the whole, will return 9.5 percent of its made three-pointers next season. That is not good. Threes are a really great way to score lots of points; that just got a lot harder for Stallings’ crew.

Last, but certainly not least, on this list: free-throw attempts. This is another area of the floor that efficient offenses focus on. Well, the Panthers will have a lot of numbers to make up here, too. Pitt attempted 719 free throws this season. Luther, Milligan, Nix and Smith made up 7.9 percent (57 free-throw attempts) of that total.