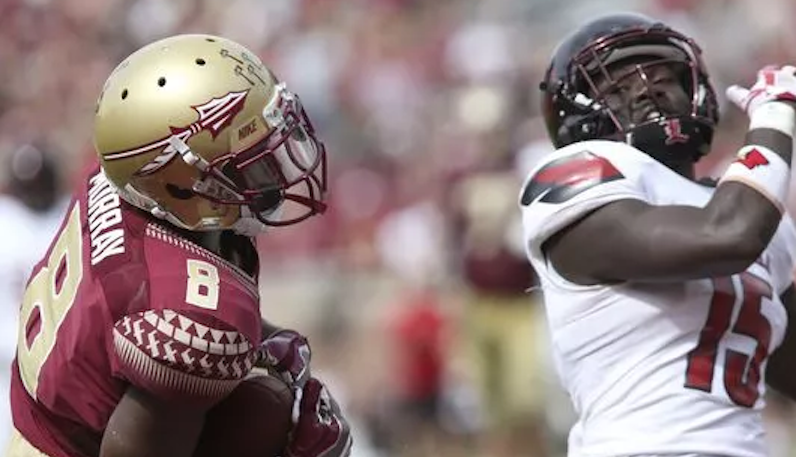 Over the weekend, Florida State’s top pass-catching threat announced that he won’t be in Tallahassee for the 2018 season. Auden Tate plans to forgo his senior season, and enter the 2018 NFL Draft.

Despite battling injuries in 2017, Tate emerged has one of the ACC’s premier wideouts. Now a void opens on the perimeter for Willie Taggart and Florida State. Nyqwan Murray better be ready to catch some passes.

Nyqwan Murray was, according to Football Study Hall, the most-targeted receiver on Florida State’s roster. In his junior season, Murray was targeted 73 times — 10 more than Tate. Murray hauled in 40 of those targets; that translates into a catch rate of 54.8 percent. Nearly 23 percent of Florida State’s targets went in the direction of Murray.

Murray averaged a solid 8.3 yards per target, too.

Murray was one of 18 ACC players this season to catch at least 40 passes for 600 yards and three touchdowns.

Regardless of who lines up under center for Florida State — Deondre Francois or James Blackman — Murray is primed for a big season. Murray, when asked, mentioned just how excited he is about playing for Taggart, too.