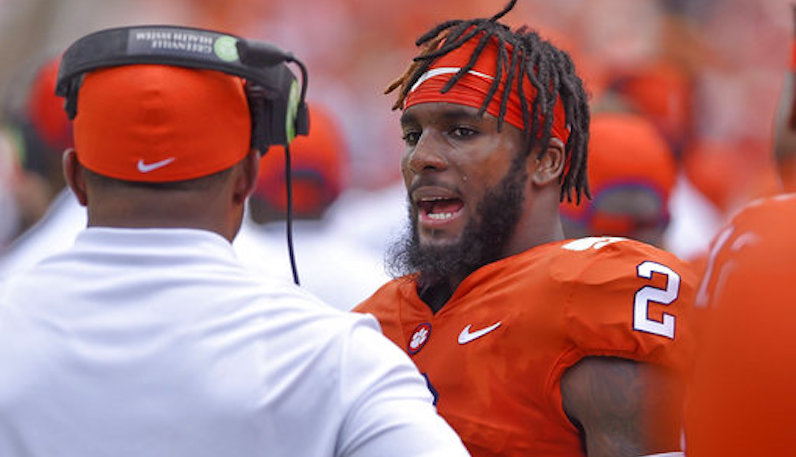 Clemson quarterback Kelly Bryant talks to a Clemson coach on the sidelines during the first half of an NCAA college football game against Furman Saturday, Sept. 1, 2018, in Clemson, S.C. Clemson won 48-7. (AP Photo/Richard Shiro)

Here’s our first look at the AP Top 25 poll after the first week of the college football season. It wasn’t exactly a banner week for some ACC teams in previous polls, like Miami and Florida. However, there league is still represented by three teams: in this week’s poll:

After Monday night’s shellacking at the hands of Virginia Tech, Florida State fell out of the AP Top 25 Poll. Three other ACC programs — including Florida State — received votes: