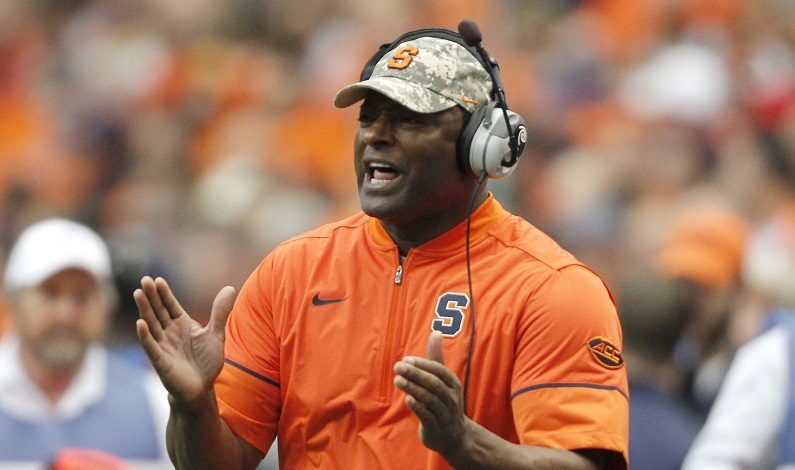 Martin comes to Syracuse after starting the football program at Houston’s Manvel High School and turning the Mavericks into a state powerhouse. In 10 seasons at Manvel, Martin posted a 108-25 (.812) record. Overall, he owns a career coaching mark of 115-39 (.747), which includes a two-year stint as the head coach at Alpine (Texas) High School.

“First and foremost, Coach Martin is a family man. His values align with what we teach our players every day about being better fathers, better sons, and better husbands,” Babers said. “The type of person he is and his success training elite-level players makes him an excellent fit for our program.”

Manvel won at least 11 games eight times under Martin. He led the Mavericks to six district titles, eight consecutive playoff appearances (2010-17), and state championship game berths in 2011 and 2017. This past fall, Martin was named the 2017 Texan Live Coach of the Year after guiding the Mavericks to a 14-1 record. Their only loss was a 53-49 decision to Highland Park in the Class 5A Division I state title game.

“I’m excited to join the Syracuse family,” Martin said. “Coaching in college has been a goal of mine for a long time and when Coach Babers called I knew this was an opportunity I couldn’t pass up. To work at a place with such storied football tradition and with a group of coaches I have so much respect for is a dream come true. I can’t wait to get started.”

A native of Quitaque, Texas, Martin began his coaching career in 1992 as an assistant coach at Cathedral High School in El Paso. His résumé also includes high school stops as an assistant at Riverside, Alvin, Odessa Permian and Giddings.

In 2004, Martin was named athletic director and head football coach at Alpine. He coached two seasons there before being hired in January 2006 to build the Manvel program from scratch. He then spent two years preparing the Mavericks for their first season of competition in 2008.

A tight end and four-year letterwinner for the University of Texas at El Paso, Martin holds a bachelor’s degree in kinesiology from the school and a master’s degree in school administration from Sul Ross State University.