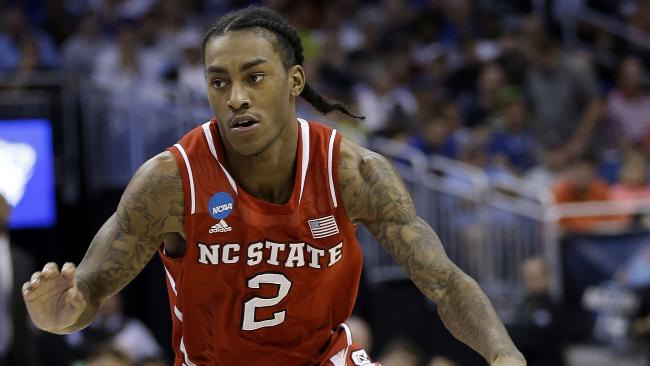 CORAL GABLES, Fla. (AP) — North Carolina State’s Anthony Barber was shoved in the back by a fan in the final seconds of Miami’s 65-60 win over the Wolfpack on Thursday night.

The fan was not identified. School officials were investigating.

The incident happened soon after Barber fouled Miami’s Angel Rodriguez with 21 seconds left and the Hurricanes leading 61-60. Replays showed that when Barber got up, the fan pushed him in the back.

Barber was called for a push-off foul on the next N.C. State possession, and the Hurricanes held on from there.

Gottfried said he accepted the apology.