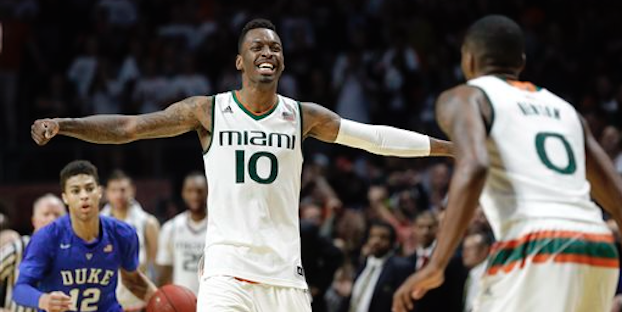 Miami and Duke will shoulder the load for the conference as the only ACC schools in the South and West regions of NCAA Tournament . (AP Photo)

Coming off a 21-point, three-assist showing in an 80-69 win over Duke, Miami senior shooting guard Sheldon McClellan has been named to the midseason watch list for the national player of the year, the Oscar Robertson Trophy, the U.S. Basketball Writers Association announced.

He is one of 20 total players, including one of four ACC players, on the list.

The native of Houston – who would love to go home for the Final Four – has posted a true shooting percentage of 66.3 percent, good for 22nd in the country, and has the 25th-best offensive rating in the country, according to KenPom.com.