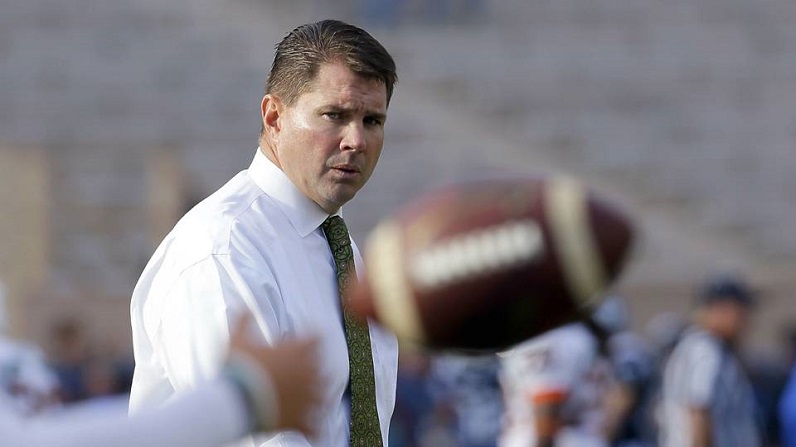 Senior Day for Miami is a celebration of the 2014 signing class, which was rated higher than any Al Golden signed in five seasons in Coral Gables. It was rated 12th overall by 247Sports, and featured five-star defensive end Chad Thomas and several four-star talents.

Golden deserves credit for that group, as well as the 2015 class that stuck around even though the Hurricanes were coming off a 6-7 season and Golden’s job was on the line.

There were good players in those classes, players who are contributing now. Thomas, for one. Wide receiver Braxton Berrios, left tackle Kc McDermott and quarterback Malik Rosier are bedrocks of the team. From the 2015 class, now-injured running back Mark Walton, safety Jaquan Johnson, defensive tackles Kendrick Norton and RJ McIntosh and safety Sheldrick Redwine are big-time time contributors (Walton, for his part, was Miami’s best player before his season-ending injury Oct. 7).

And of course we can’t forget two stars from last year who left early, quarterback Brad Kaaya and tight end David Njoku. It’s doubtful Miami gets on a roll last year and enters this year with lots of confidence without them playing big roles in 2016.

While Golden gets credit for recruiting that talent, he gets little other credit for Miami’s 9-0 start in 2017, the second season under Mark Richt.

Talent development was a major issue under Golden, who had a staff of assistant coaches that was quickly shuttled out of town once Richt took over. Nearly every player on the roster has improved considerably under Richt’s staff, especially on defense. Defensive coordinator Manny Diaz and his assistants have made stars out of Johnson, Norton and McIntosh. They’ve developed Redwine, a converted cornerback, into a valuable starter. Thomas, who never lived up to the hype under Golden and defensive coordinator Mark D’Onofrio’s 3-4, read-and-react scheme, has shined in Diaz’ hyper-active 4-3. Same goes for end Trent Harris, who was used as a linebacker. He’s now a defensive end, and leads the team in sacks (6.0, with 7.5 tackles for loss).

The biggest sign of this staff’s ability to develop is how they’ve made contributors out of little-used receiver Darrell Langham and cornerback Michael Jackson. Langham had zero catches in three years entering this season, but was a late-game hero in wins over Florida State (winning touchdown catch) and Georgia Tech (fourth-down catch to set up a winning field goal). Jackson, who had a quiet career until 2017, leads the team in interceptions (four) and was called “one of the best cornerbacks in the country” by ESPN analyst Kirk Herbstreit during the Virginia Tech win.

While Golden left some nice building blocks behind, the construction is almost all Richt, Diaz, and their excellent group of coaches. They know how to use the tools.

Read more: How long can the Hurricanes hold on to Manny Diaz? 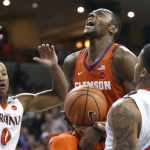 Aamir Simms, one of the top offensive engines in the ACC, withdraws from the NBA Draft

NCAA: Draft prospects have until Aug. 3 or 10 days after the NBA Draft combine to withdraw

Nine in-season sports teams at Georgia Tech, including football and basketball, commit to no mandatory…

Nine in-season sports teams at Georgia Tech, including football and basketball, commit to no mandatory…